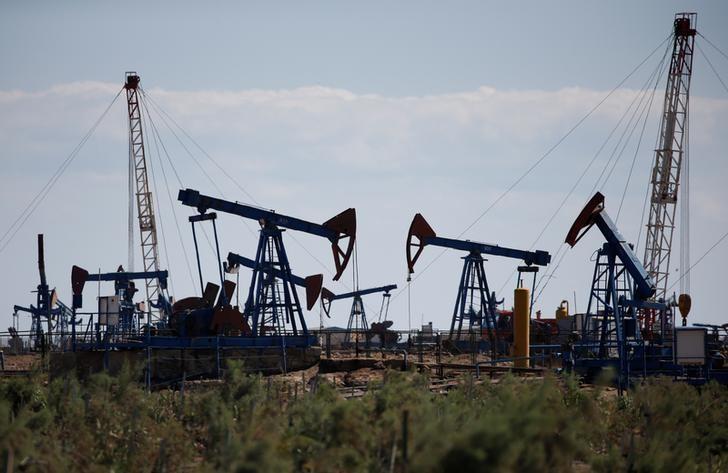 Oil prices inched up in early Asian trading today with Brent continuing to hover near its highest in 27 months, buoyed by comments from Saudi Arabia’s Crown Prince backing the extension of OPEC-led output cuts.

International benchmark Brent crude futures were up 9 cents at $59.39 a barrel 0.15 percent, from their last close, the highest close since July 3, 2015.

Saudi Arabia’s Crown Prince Mohammad bin Salman told Reuters on Thursday that the kingdom would support the extending the output cut deal in a bid to stabilise oil demand and supply.

The Organization of Petroleum Exporting Countries (OPEC) and some non-OPEC producers including Russia have pledged to curb their production by around 1.8 million barrels per day (bpd) until the end of March to drain a global supply glut. OPEC will meet on Nov.30 in Vienna..

Oil prices have hovered around their highest levels of the year in recent weeks amid growing signs of a tightening market including talks over longer OPEC-led output cut deal and geopolitical risks in Iraq and Iran.

“Prices for both Brent and WTI are now approaching important recent range tops. My rhetorical self is bullish longer term and my system is already long,” said Greg McKenna, chief market strategist at futures brokerage AxiTrader.

Although the rising likelihood that OPEC will extend its output cuts raises expectations for a balanced market, U.S. crude production remains an issue for OPEC as it strives to clear a global overhang.