Oil Production Issues To Ease In Nigeria By 2023-Goldman 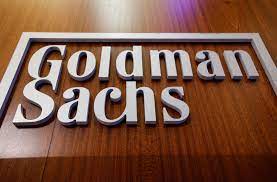 The Wall Street bank in a note dated Tuesday cut its Brent oil forecasts for the first and second quarter of 2023 to $90 and $95 a barrel from $115 and $105 per barrel respectively.

The bank said there was less risk of oil prices spiking this winter with China consuming less than previously expected, Russia exporting near pre-war levels, and production issues easing in Kazakhstan and Nigeria.

It forecasts global demand will grow by 2 million bpd in 2023, as China reopens and international travel recovers.

For the final two quarters of next year, Goldman said it expects Brent to rise to $100-$105 a barrel, still lower than its previous forecasts of $110 per barrel.

So far this quarter, Brent crude prices are down nearly 6 per cent.They have fallen more than 40 per cent from a March peak of $139 a barrel.

“Despite the recent price declines, commodities will still likely finish the year as the best performing asset class in 2022,” Goldman said in a separate research note on Wednesday, seeing S&P GSCI TR returns of about 23 per cent this year and 43 per cent in 2023.