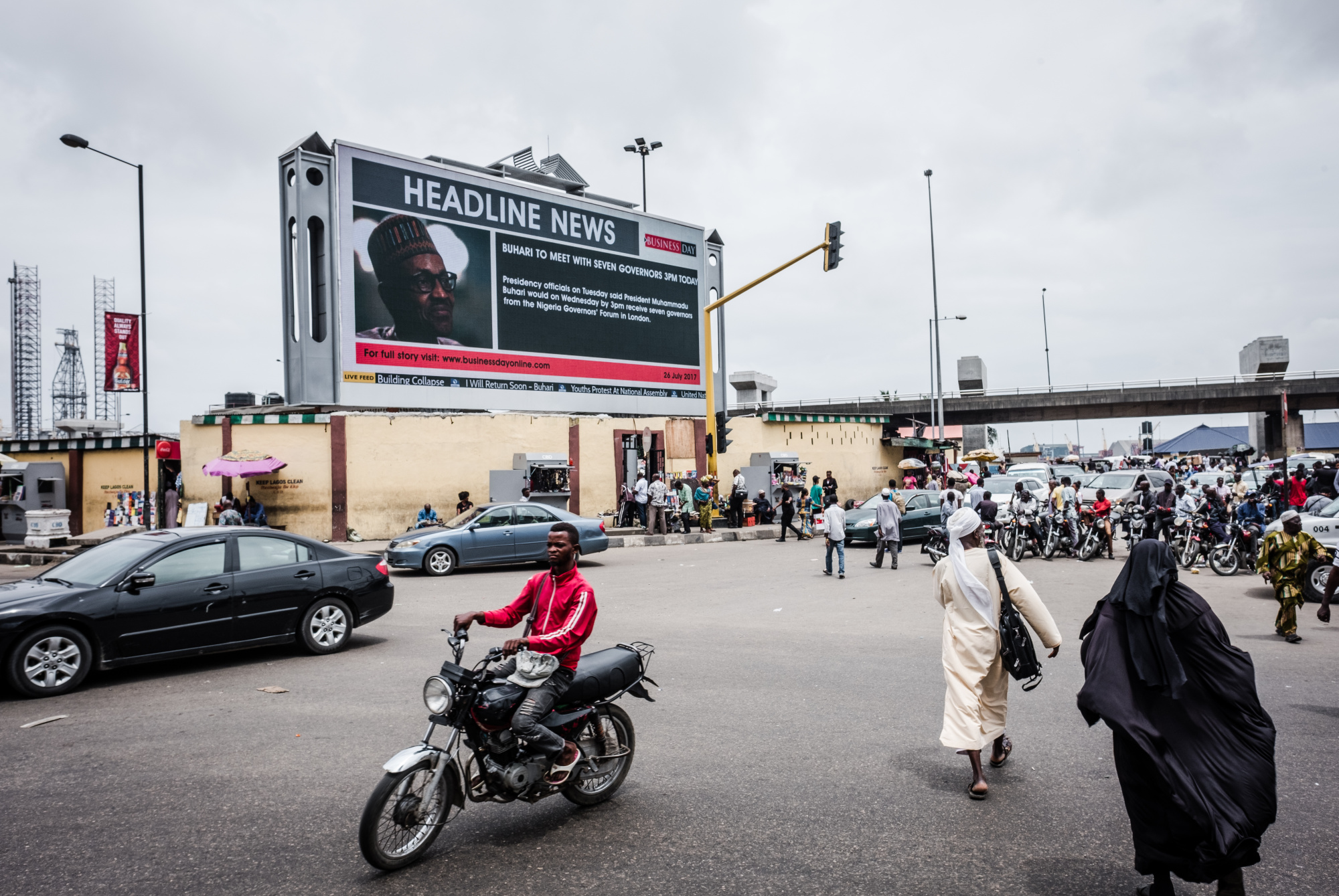 Lines of cars and trucks snaking around blocks in the center of the Nigerian capital, Abuja, highlight the state’s failure to fix a problem that’s bedeviled Africa’s biggest oil producer for decades: fuel shortages.

A new round of gasoline scarcity that’s gripped Africa’s most populous nation since December comes at a bad time for President Muhammadu Buhari’s government. During his campaign to win office in 2015, he promised to solve the problem. With three years of his four-year tenure gone and elections looming next year, there’s little sign he will.

“It’s something Nigerians have come to expect,” said John Ape, a 42-year-old computer salesman in Abuja. “People seem to have lost all trust in the government that this will be permanently solved one day. And that reflects badly on the Buhari administration.”

Oil-rich Nigeria lives a paradox: it agonizes when crude prices fall, then suffers when they rise. With four ill-maintained state-owned refineries working at just a fraction of their capacity, it depends on gasoline imports to meet domestic needs. Without building any new refineries in more than 30 years, successive governments have subsidized imports, through a system riddled with patronage and corruption, to ensure lower prices.

As crude prices recovered in the past year, outstanding subsidy payments due to fuel importers have mounted, now exceeding $2 billion, forcing them to suspend gasoline orders. With the state-owned Nigerian National Petroleum Corp. left as the sole importer of gasoline, long lines have persisted since December at gas stations across the country as shortages ensued.

“Since Nigeria imports a greater share of her fuel needs, the country is at the mercy of global crude oil prices,” said Pabina Yinkere, an energy analyst at Lagos-based Vetiva Capital Management Ltd. “A rise in crude oil prices translates to higher product-landing costs and vice versa.”

On the streets, that’s meant long hours, even days, spent in search of gasoline in mile-long lines outside gas stations, the disruption of transportation and higher costs. It’s not helped by smuggling of Nigerian gasoline across the borders into neighboring countries where prices are twice as high as in Nigeria.

“We are working round the clock on this,” Minister of State for Petroleum Resources Emmanuel Kachikwu said Feb. 19. “We would address the fundamental policy issues to enable it to go away, especially in an area where the pricing is showing a differential between the landing price and the sale price.”

Even with improved oil prices, government finances are still too fragile to shoulder the full burden of fuel subsidies. Nigeria depends on crude exports for more than two-thirds of government revenue and at least 90 percent of export income.

When prices plunged in 2014 and attacks by militant groups in the oil region depressed output, the country of more than 180 million people fell into its worst economic slump in 25 years. Production hasn’t returned to full capacity.

The debt owed to fuel-marketing companies will continue to increase the longer the government delays payment, according to Obafemi Olawore, the executive secretary of the Major Oil Marketers Association of Nigeria.

“It’s like a moving target,” he said by phone from Lagos, the commercial capital. “It continues to increase every month when the banks slam the interest charges.”

To deal with the current shortages, NNPC, as the state oil company is known, has spent $5.8 billion to import gasoline since December, Maikanti Baru, group managing director, told a Senate committee in Abuja on Feb. 21.

In the short term, the government could help fuel importers by supplying them foreign exchange at a lower rate, effectively providing a dollar subsidy, or by allowing retailers to bring in gasoline and sell at higher than the official price, according to Dolapo Oni, Lagos-based energy analyst at Ecobank Research.

For the longer term, the government appears to be pinning its hope on the completion of the 650,000 barrel-a-day refinery being built in Lagos by Aliko Dangote, Africa’s richest man. Scheduled to begin production in mid-2019, it’s designed to meet Nigeria’s needs and have surplus for export.

Before then, Buhari’s government will remain inclined to maintain the subsidies to ensure lower prices until at least the elections are over.

“The administration is now caught between a rock and a hard place,” said Malte Liewerscheidt, London-based analyst and vice president for risk advisory Teneo Intelligence said in a phone interview. “It fears that any price increases would trigger social unrest and diminish its electoral chances at the February 2019 polls.”