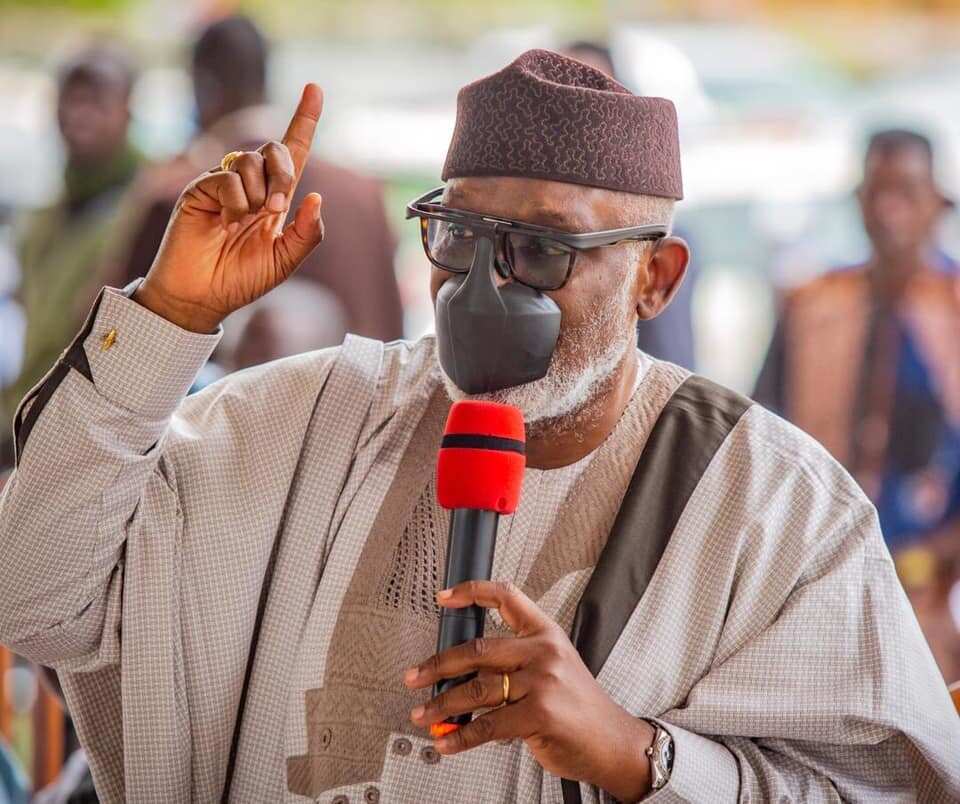 Akeredolu said this while swearing in Princess Oladunni Odu as the new Secretary to the State Government (SSG); as well as other Special Advisers in Akure.

“Our people are knowledgeable enough to determine their interest at any point,” Akeredolu said. ”If and when they consider self-determination as an option, they will not depend on external promptings to act.

The Governor said the state would not subscribe to banditry and recklessness in putting forth its demands, adding, Ondo people had elected to stay in the Federal Republic of Nigeria as constituted at present.

“We will not be led to assured annihilation by anyone or a group of people;still smarting from the electoral defeats of recent times and presumed exclusion from the process of decision-making,” he stressed.

Akeredolu said the right of citizens to discuss, agitate and even fight to right perceived wrongs; culminating in self-determination must be done within known and acceptable parameters; adding that all concerned must agree to pursue the same objectives to achieve a desirable or desired end.

He promised to continue to eject and punish all trespassers occupying forest reserves; with a view to rid the state of undesirable elements noting, that anyone who intended to engage in a private business of animal husbandry in the state must be ready to abide with the modern methods or quit.

He explained that his administration opted to participate in the Federal Government National Livestock Transformation Programme; adding that it aimed at encouraging entrepreneurship in modern cattle breeding for profit.

On the SSG’s appointment, Akeredolu said the choice of Odu symbolised the limitless possibilities of attainment for a well-trained female child.