One year after #EndSARS protests, has Nigerian police changed? 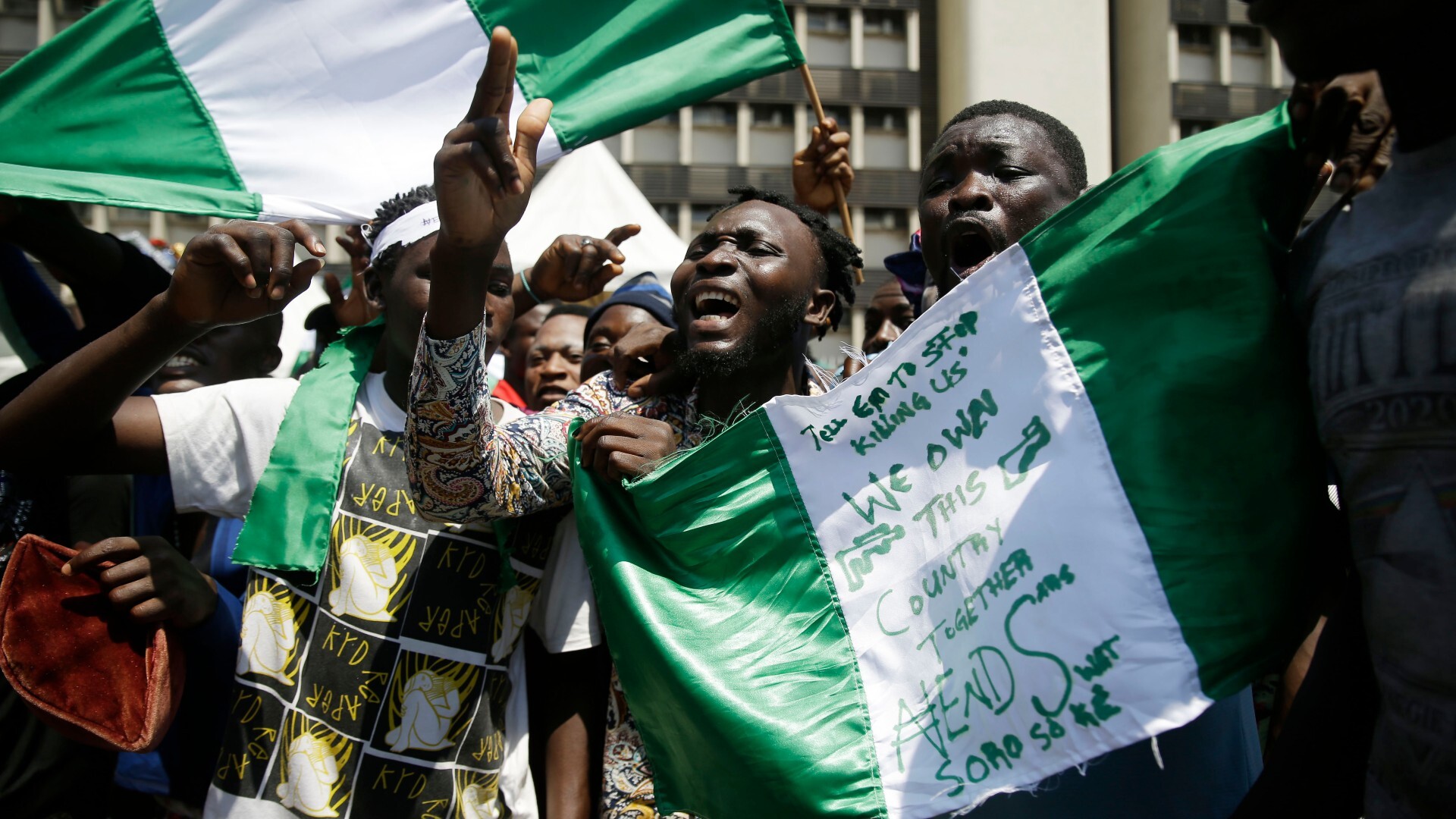 Young Nigerians say they are still victims of police brutality and their demands for systemic reforms have not been met.

Tunde Abass says he was in a plaza building at Onipanu, a major bus stop in Lagos, in March when he saw police officers harass a family in their car near a police station.

The private vehicle’s windows were tinted, something that required a police permit. The driver produced the necessary documents but the officers insisted the family step out of the car to be questioned. Abass, a 34-year-old project manager, then took out his phone to record the incident on Facebook Live.

“I was just observing from a distance because it was not my business. But what triggered my interference was when the policemen tried to deflate the tyres and force the key out of the ignition. In the process, the baby in the car almost slipped from the woman’s hand into a nearby drainage,” Abass told Al Jazeera.

When the divisional police officer, the head of a police station in Nigeria, caught the sight of Abass recording, he ordered his arrest.

That was on March 20, nearly six months after thousands of young Nigerians first took to the streets to protest against police brutality and demand the closure of the Special Anti-Robbery Squad (SARS), a unit notorious for alleged abuses, illegal detention, profiling, extortion and even extrajudicial killings.

Mobilised through social media, the #EndSARS protests shook Nigerian cities for days in October 2020. The government was forced to scrap the unit on October 11 but demonstrators remained in the streets, demanding wider reforms, until the protests came to an abrupt end after 10 people were shot and killed on October 20 at Lekki tollgate in Lagos.

Amnesty International said soldiers opened fire to disperse the crowd at the major protest site. The Nigerian army confirmed that soldiers were deployed to the scene but said they had not opened live fire on protesters.

The incident sparked global outrage and an investigation amid persistent calls for reforms. But a year later, young Nigerians say they are still victims of police brutality and their demands for systemic changes have not been met.

“Yes, there has not been any reform. Police brutality exists till today,” Fisayo Soyombo, founder of the Foundation for Investigative Journalism (FIJ), told Al Jazeera.

Soyombo said his platform has reported “scores” of cases of police brutality over the past year.

“Police extortion of citizens at gunpoint remains at an all-time high and when these cases are reported by FIJ, for instance, the police often refund the victims but they hardly punish the errant officers,’” Soyombo said.

At Onipanu, Abbas said he decided to broadcast the incident because he “wanted the world to know that this is the kind of injustice” that led to the #EndSARS protests.

“Anything could happen to that man and the police will deny it,” Abass said.

During his four-day detention, Abass alleges he was beaten by police officers and a cellmate, was not given food for long stretches of time and was denied access to family and friends. He said he was eventually released following the intervention of the state command’s public relations office after his case gathered significant online attention and interest from human rights activists.

The police did not respond to Al Jazeera’s repeated requests for comment.

During last year’s protests, Nigerian authorities repeatedly described the youth-led movement as being anti-government and intending to overthrow the administration of President Muhammadu Buhari. In a televised interview in June, Buhari said the protests were “to remove me from office”.

“Nigeria lost an opportunity to listen to the young people, an opportunity to actually do something that reflects the commitment to systemic change,” Omolara Oriye, a human right lawyer, said. “It is quite unfortunate the government perceived the protests as a threat, rather than a wake-up call.”

‘System of offence without punishment’

*David, a 19-year old student at the University of Ilorin, said he had just returned from classes to his student accommodation on August 26 when he heard a loud banging on his door.

Officers from Area F Police Station located at Tanke, home to the majority of university students in Ilorin, were at his door, trying to force their way in. Students say such raids are routine, often ending with random arrests on the pretext of fraud.

“I asked them what happened and they said they wanted to search my room. I did not want them to enter because I have heard a lot that if you allow them to enter your room, they will plant incriminating substances. They … ransacked the room, even upturned the dust bin, looking for someone,” David told Al Jazeera, recounting his experience.

Unsatisfied, the officers then decided to take him and another student in, according to David.

“The officer pointed a gun at me like a criminal and forced [me] to meet their boss. On getting to him, they started slapping me and dragged me into a mini-bus. They brought me with another of my hostel mates, accusing me that I was being rude to police officers,” David said.

At the station, David said he was hit with two charges – aiding and abetting a criminal suspect and obstruction of justice – and was told to pay 200,000 naira ($486.6) for bail.

According to the Section 27 of the Nigerian Police Act, administrative bail is free but many Nigerians say police extort them by demanding large and arbitrary bails.

“This system of offence without punishment is what emboldens corrupt policemen to continue viewing civilians in naira and kobo. And I don’t see that reform happening soon. The government doesn’t really care,” Soyombo said.

“Meanwhile, the beneficiaries of graft in the police are right there at the top. There’s no chance they’ll want to dismantle the status quo,” he added.

Al Jazeera reached out to the Ministry of Justice but did not receive a reply by the time of publication. Buhari has previously described the disbanding of SARS as the first step in the government’s “commitment to extensive police reforms” and pledged to punish errant officers.

The National Executive Council also directed state governments to set up panels to probe decades-long abuses of SARS officers, in one of the few concessions made by the government to protesters.

Proceedings, however, have often been slow and fruitless, with some panels being suspended and others discontinued altogether.

“The lack of change [in police conduct] since the EndSARS protests just alludes to the level of impunity that exists,” Oriye said. ”

“Justice is elusive – but in Nigeria, justice is non-existent.”