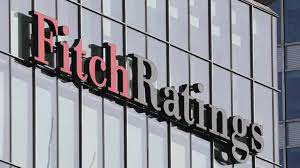 According to Fitch Solutions Country Risk & Industry Research report, said Nigeria’s economic growth in 2023 will be slow as the oil sector, which has been a key drag on growth in recent years will continue to struggle during the year.

“At Fitch Solutions, our oil and gas team estimate that Nigerian crude oil production will fall by 15.2 per cent in 2022 and by another 14.9 per cent in 2023,” the forecast noted.

The contraction, it said, is being driven by unplanned outages at onshore production facilities, a deteriorating security situation, and the lagged effect of years of underinvestment. “In 2024, however, we expect that production will essentially stabilise,” Fitch said.

This turnaround, it explained, would be driven by increased offshore oil production, which will help to offset problems in the onshore sector.

While output would remain far below the levels recorded before 2020, the end of this decline, the report posited, will remove a key headwind affecting headline Gross Domestic Product (GDP) growth.

Fitch generally predicted that the country’s economy might continue on a sluggish growth trend in 2023 owing to activities leading to the general elections next year.

The report said the economy would likely pick in 2024, with growth rising to 3.3 per cent.

The report estimated that economic growth in Nigeria slipped to a six-quarter low of 2.3 per cent in quarter four of 2022, predicting that the country’s economic growth would ease further in 2023.

According to Fitch, growth in the agricultural and retail sectors has picked up a touch, but explained that all told, “We expect growth of just 2.7 per cent in 2022 (a slight revision from our previous forecast of 3.0 per cent and 2.5 per cent in 2023.”

On a second note, Fitch said it expects that disruptions associated with the February 2023 general election will create another headwind. “Campaigning will prevent some economic activity, while government policymaking will essentially shut down,” it predicted.

Drawing from data from the past, the research organisation stated that in 2015 and 2019, year-on-year growth in the quarter containing a general election was, on average, 1.1 percentage points weaker than in the preceding quarter.

“The hit to economic activity would, of course, be much larger if the election sparks large-scale protests or violence,” it stressed.