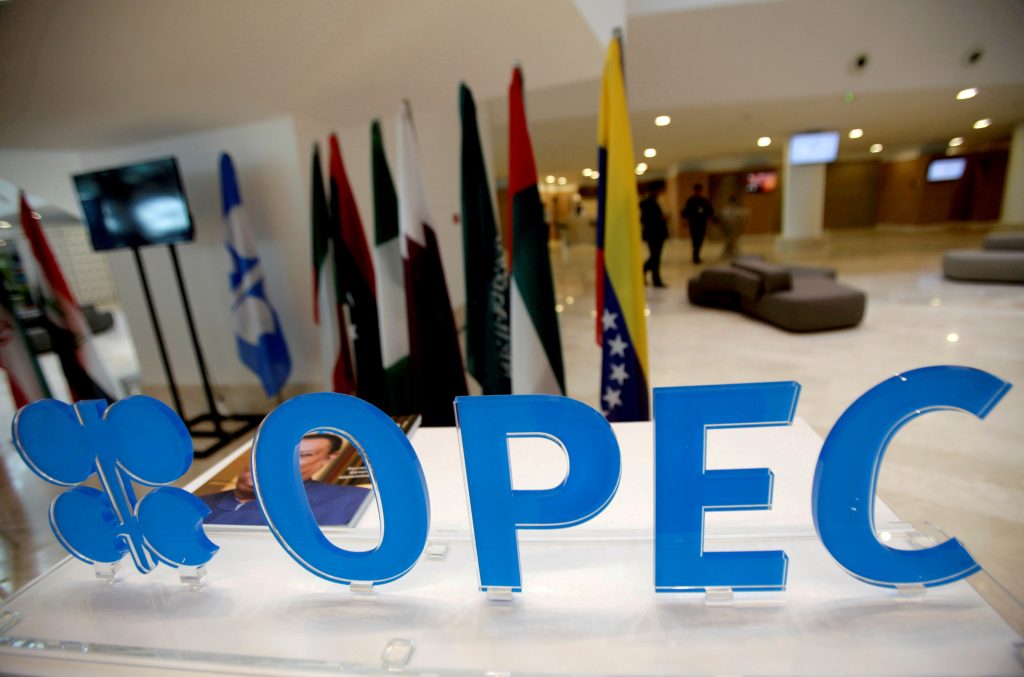 According the group’s delegates the move is designed to help heal a rift with the Biden administration and keep energy flowing amid new attempts to blunt Russia’s oil industry over the Ukraine war.

A production increase of up to 500,000 barrels a day is now under discussion for OPEC+’s December 4 meeting, delegates said.

The move would come a day before the European Union is set to impose an embargo on Russian oil and the Group of Seven wealthy nations’ plans to launch a price cap on Russian crude sales, potentially taking Moscow’s petroleum supplies off the market.

After The Wall Street Journal and other news organizations reported on the discussions Monday, Saudi energy minister Prince Abdulaziz bin Salman denied the reports and said a production cut was possible instead.

Saudi Arabia’s Minister of Energy Abdulaziz bin Salman gestures during a panel as part of the annual Future Investment Initiative (FII) conference in the Saudi capital Riyadh, on October 25, 2022.

Any output increase would mark a partial reversal of a controversial decision last month to cut production by 2 million barrels a day at the most recent meeting of the OPEC and their Russia-led allies, a group known collectively as OPEC+.

The White House said the production cut undermined global efforts to blunt Russia’s war in Ukraine. It was also viewed as a political slap in the face to President Biden, coming before the congressional midterm elections at a time of high inflation. Saudi-U.S. relations have hit a low point over oil-production disagreements this year, though U.S. officials had said they were looking to the December 4 OPEC+ meeting with some hope.

Talk of a production increase has emerged after the Biden administration told a federal court judge that Saudi Crown Prince Mohammed bin Salman should have sovereign immunity from a U.S. federal lawsuit related to the brutal killing of Saudi journalist Jamal Khashoggi. The immunity decision amounted to a concession to Prince Mohammed, bolstering his standing as the kingdom’s de facto ruler after the Biden administration tried for months to isolate him.

It is an unusual time for OPEC+ to consider a production increase, with global oil prices falling more than 10 per cent since the first week of November. Oil prices fell 5 per cent after Abdulaziz‘s comments. Brent crude traded at $86.25 on Monday afternoon, down more than 1 per cent.

Ostensibly, delegates said, a production increase would be in response to expectations that oil consumption will rise in the winter, as it normally does. Oil demand is expected to increase by 1.69 million barrels a day to 101.3 million barrels a day in the first quarter next year, compared with the average level in 2022.

OPEC and its allies say they have been carefully studying the G-7 plans to impose a price cap on Russian oil, conceding privately that they see any such move by crude consumers to control the market as a threat.

Russia has said it wouldn’t sell oil to any country participating in the price cap, potentially resulting in another effective production cut from Moscow—one of the world’s top three oil producers.’

Prince Abdulaziz said last month that the kingdom would “supply oil to all who need it from us,” speaking in response to a question about looming Russian oil shortages. OPEC members have signaled to Western countries that they would step up if Russian output fell.

Talk of a production increase sets up a potential fight between OPEC+’s two heavyweight producers, Saudi Arabia and Russia. The countries have an oil-production alliance that industry officials in both nations have described as a marriage of convenience, and they have clashed before.

Saudi officials have been adamant that their decision to cut production last month wasn’t designed to support Russia’s war in Ukraine. Instead, they say, the cut was intended to get ahead of flagging demand for oil caused by a global economy showing signs of slowing down.