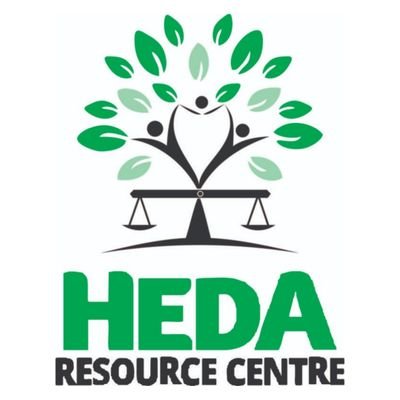 Three Civil Society International and local Groups – ReCommon, Human and Environmental Development Agenda (HEDA Resource Centre) and Corner House have jointly written to President Buhari on the recent developments with regards to the various court proceedings relating to the corrupt award in 2011 of the OPL 245 Oil field to Eni and Shell, calling on the government to fight the corruption.

In a letter dated 4th of November 2022 addressed to President Muhammdu Buhari, titled Recent Developments on OPL 245, highlighted some positive developments and also set priorities for the federal government in demanding justice from the OPL245 deal.

The three-page letter, signed by Olanrewaju Suraju for HEDA, Nicholas Hildyard for Cornerhouse and Antonio Tricarico for ReCommon, reads in part, “We write at a time when many states in Nigeria have been devastated by climate change-induced floods. Our hearts and solidarity go out to the 1.5 million who have been affected. We have no doubt that the huge costs of repairing the damage – estimated at some $15 billion – will spur calls to get the OPL 245 oil revenues flowing. We urge you to resist these siren calls.

Meanwhile, the group mentioned in the letter that the Organisation for Economic Cooperation and Development (OECD) had earlier condemned the Italian Authorities over Milan judgement saying that the elements of the judgement did “not conform to the Convention” as Italy was in breach of its international treaty obligations.

“We hope that the OECD report will also strengthen the backbone of the Nigerian Ministry of Justice to resist pressure to drop the extant criminal prosecutions of Shell and Eni in Nigeria over the OPL 245 deal.

On the legal challenge against Dutch prosecutor’s decision to abandon investigation and prosecution of the Shell, the three bodies – HEDA, ReCommon and Corner House are not willing to let that stand and urged the Nigerian government to join the case as an injured party.

“In October, we filed our complaint to the Court of Appeal in The Hague challenging the Prosecutors ’decision. We acknowledge that Royal Dutch Shell plc cannot be prosecuted for bribery in relation to the OPL245 deal (the substance of the Italian prosecution) but contend that there is sufficient evidence to warrant further investigation and prosecution for a range of other crimes, including money laundering, fencing, fraud, theft and membership of a criminal organisation.

The letter reads further, “The fight against corruption demands no decision on converting OPL 245 to an oil mining licence should be taken until all outstanding prosecutions have been exhausted. You have taken a principled stand on this, which, in our view, greatly bolsters Nigeria’s standing in the world. Many others would have caved in to pressure from the oil companies.

Noting that OPL-245 funds remain frozen Switzerland, the group said it was encouraging that the Swiss Prosecutors’ Office has responded positively to a Mutual Legal Assistance request from the Federal Republic of Nigeria to freeze the funds that are held by companies associated with Emeka Obi and Gianluca DiNardo in Switzerland.

However, the group demands immediate leadership to compel Northern countries to play their role in returning looted assets, a ready source of unencumbered finance for the energy transition. It further added that the long, hard struggle to obtain justice for Nigeria over the OPL 245 deal has repeatedly exposed the barriers that Nigeria and other Southern countries face in returning their looted wealth.

“Exposing the foot dragging of the Northern countries and putting pressure on them to reform their legislation to ease the return of stolen wealth is critical and cannot be done alone. It therefore called for alliances with other Southern countries to achieve the purpose.

“The COP negotiations provide an opportunity to get the ball rolling. We urge Nigeria to seize the moment and to use COP to call for compensation from the international community for keeping the Opl 245 oil in the ground.

“We would also encourage broader talks with other Southern governments to develop new international mechanisms for speeding up asset recovery and compensating the South for the damages done by climate change.