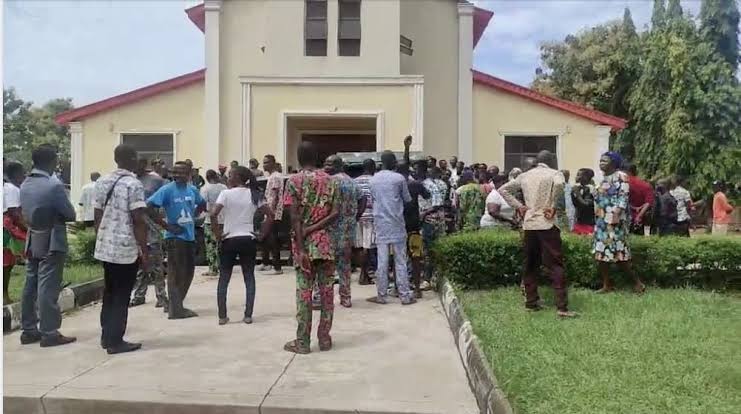 The Catholic Archbishop of Lagos, the Most Rev. Alfred Adewale Martins, has condemned the attack on the Catholic Faithful of St. Francis Xavier’s Catholic Church, Owo on Sunday 5th June 2022.

For the Prelate, this attack is as callous and barbaric as the many other attacks on innocent citizens who are just going about their legitimate activities.

In a release signed by the Director of Social Communications, Rev. Fr. Anthony Godonu, the Archbishop, while condoling with the families of the deceased stated thus:

“We have never had it so bad for our country to be failing in nearly all aspects of her corporate existence. Security is in shambles, the economy has failed the majority of people who are living in extreme poverty, and even the trend in politics gives a lot of concern to the average Nigerian. We are living at a time that the fears and anxiety of the citizens are not being satisfactorily addressed by government. Beyond condemnation of such attacks, we do not see proactive measures being taken to prevent similar attacks.

This only points to a failing state that has abdicated all its statutory responsibilities such that non-state actors operate freely and with impunity. What offence did these people commit to deserve this kind of death while worshipping God? We continue to call on the government of the day to fish out all those responsible for yet another senseless massacre of innocent people, this time in Owo, Ondo State. We demand that government ensures that they face the full wrath of the Law.”

The Prelate also uses this medium to commiserate with the families of all the victims of this unfortunate incident, Bishop Jude Arogundade and all the faithful of Catholic Diocese of Ondo and indeed all the people of Ondo State. He prays the Almighty God to grant eternal rest to the dead and grace and fortitude to the living to bear the loss of their loved ones.

He commended those who have been making voluntary blood donations and asks government and philanthropic peoples to come to the aid of those who are injured and are in hospitals.