Oyo State To Partner With Town Planners On Urban Development 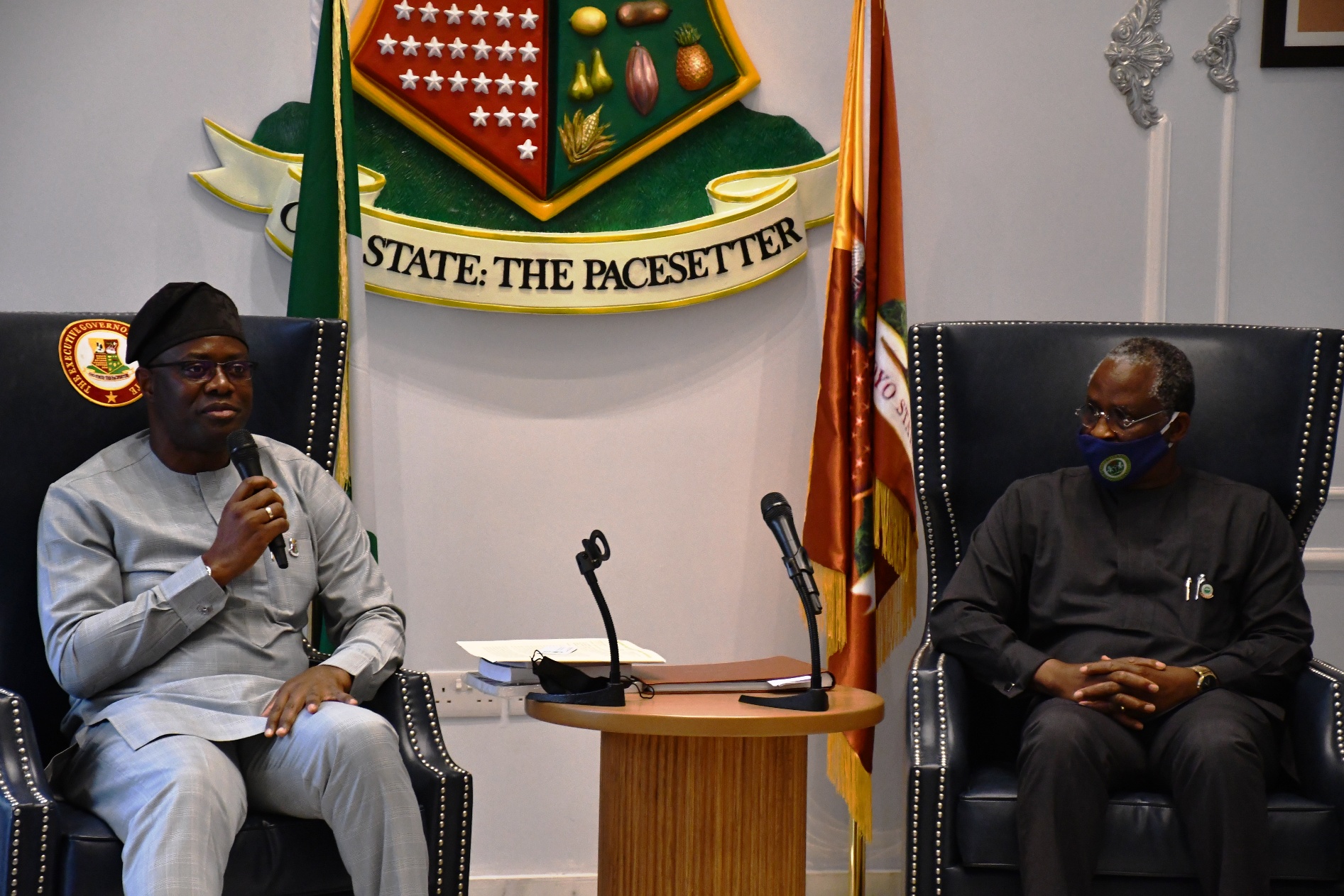 Governor ‘Seyi Makinde of Oyo State has reiterated the readiness of his administration to partner with the Nigerian Institute of Town Planners, NITP, on proper town planning and urban development in order to boost the socio-economic status of the state.

The governor, while receiving the members of the Institute, led by its National President, Tpl. Oluwatoyin Ayinde, at the Governor’s Office, Secretariat, Ibadan, also said that his administration is open to working with local resources and expertise to develop the state.

A statement by the Chief Press Secretary to the Governor, Mr. Taiwo Adisa, quoted the governor as urging town planners to come forward and explore how they can work together for the development of the state.

He said: “You are welcome to Ibadan and I am glad that you came yesterday and you must have seen some things around. Well, just as you have identified, town planning is a big problem to us in this country. Where I was born, the actual address of the building my parents stayed at, which still stands out there, is N4/79. It is still in Ward 4 of Ibadan North Local Government today.

“Actually, some people started planning this country, but we took the wrong turn. I took somebody to the Central Business District at Dugbe here and he said some people have actually started something.

“So, I thank you for the mini-lecture. We know that some of the things mentioned are challenges we have to deal with, and because a lot of our people will rather have instant gratification, including your members.

“Somebody came to me last week and asked if he could help rescue Bodija? It belongs to the Housing Corporation. It was the first properly planned estate in Nigeria. It was supposed to be a purely residential estate but you have restaurants, clubs, noise all over the place.

“So, I thought of how to rescue this place as the governor of Oyo state. They said I need to make enforcement by, first of all, ejecting the people. But there is something deeper than just enforcement by the government.

“Somebody told us this morning that I gave them land for the Air Force Base in Ibadan here because we said for the Air Force to be having all their aircraft in Lagos may not be too good in terms of securing them. “So, Ibadan can be an alternative location to Lagos. And they are ready and willing to bring the Base here. So, I gave them the land but some people wrote a petition and said, no, this is our ancestral land.

“The guy said the Air Force Base in Kaduna was originally meant for Osogbo but some people started the same way and said it was their ancestral land, while some people in Kaduna said just take the land from anywhere to anywhere.

“Some people may even want to kill others for a land that they call their ancestral land. They won’t do anything there and won’t allow those who are ready to boost the economy to use the land too.

“We acquired about 4,000 hectres of land where we want to build a new city called ‘Ilu Tuntun’. And why are we saying that? I have been all over the world, especially South Africa, which is the midway between the African setting and Europe, they do have people that are struggling just like us here. When you go to some places, it is pure first world. They have everything working. “They put in all the plans and you have places that are third world as we are.

“When you have one operational, you have the second and the third. By the time you have it all over the place, you are only thinking about connecting them in a general form. So, we have quite a bit to do.

“The people that started this country had good plans and it is one of the things we currently enjoy in Oyo State. When people say the governor is doing well, the secret is that, I am not doing any new plan. I go out there and dust what our founding fathers had done in the past.

“So, some of our fore-fathers already made the plans. They have put in all the hard work, it is for us to dust them up and work on them. For us as a government, we want to partner with you.

“So, I believe that it is an opportunity for the president and everyone here, including the Oyo State chairman, for you to come forward and see how we can work together on that. We are completely open to working with local resources and local expertise.”

The governor added that if the NITP has requests or proposals for the government on how it can reclaim the glory of Bodija Estate, it would be ready to work with the Institute.

Earlier, the NITP national President, Tpl. Ayinde, stated that the essence of the visit was to assess the state of physical planning in the state and to sensitise people on the importance of town planning and planners.

He said it had become imperative to make Nigerians understand the importance of town planning, adding that the Institute has been able to find out planning answers to good governance.

Ayinde, who commended Governor Makinde for reviving and regenerating some moribund state investments, which have begun to improve the economy of the State, said that  Makinde’s innovative leadership has made Oyo State to become the 6th largest non-oil economy in Nigeria.

He said: “When I assumed office, I took the decision to go round the states of the country. Oyo State is my 16th state and you are the 5th Chief Executive of the state that will grant this kind of audience.

So, I want to thank you for this, and to also appreciate your style of administration that has promoted some level of security.

“Sir, through your works, I have found that you have been trying to revive and regenerate some moribund state investments which, over the years, were dead, in a bid to wake up the economy of Oyo State.

“So, I really was not surprised when I read through your document of the Investment Promotion Board and discovered that Oyo State is the 6th largest non-oil economy in Nigeria. With the way you are going, you will do more than that.”