Oyo To Hand Over GCI To Old Boys Association 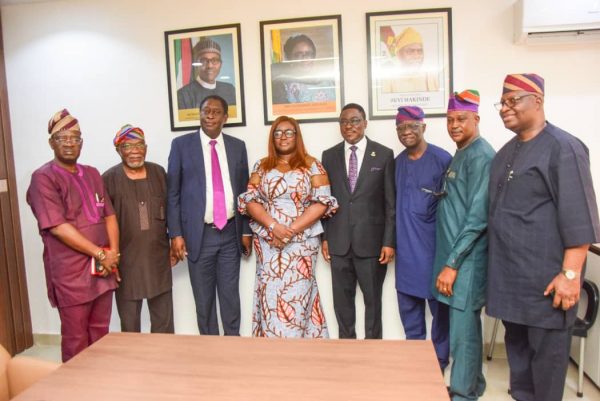 The state government made this disclosure following the signing of an agreement between the government and the Incorporated Trustees of the GCIOBA, noting that the handover followed the Old Boys Association’s request to manage, operate and develop the school in order to maintain and sustain its legacy.

A statement by the Chief Press Secretary to the governor, Mr. Taiwo Adisa, indicated that the Secretary to the State Government, Mrs. Olubamiwo Adeosun, and theCommissioner for Education, Barr. Abdulrahman Abdulraheem represented the state government, while the Incorporated Trustees of GCIOBA led by the President of the Association, Dr. Wale Babalakin represented the school.

Speaking on behalf of Governor Seyi Makinde at the agreement-signing ceremony, Mrs. Adeosun said that the state, through the agreement, was initiating a process that would ensure the state gets the best from the education sector.

She said that a study conducted by the Makinde government upon assumption of office in 2019 indicated that the state government needed over N40 billion to take the education sector to the barest minimum standard.

According to her, it was clear from the beginning that the state could not do it alone.

She said: “If you have been following Oyo State when this administration came on board, we had four cardinal points, and education is one of them. So, education is very key to us, and I think when the first assessment was done, what was needed to even bring our educational sector up to the basics was over N40 billion. So, we were very clear from the beginning that we would not do this alone.

“Also, when we looked at the various bodies that could assist us in making us realise our objectives, the Old Boys Association was one of them.”

She expressed the hope that GCIOBA would bring the school to a standard that other schools would follow, adding that the agreement was a pilot scheme that the state hoped would bring the best to its education sector.

While speaking at the event, the President of GCIOBA, Dr. Babalakin said that the Trustees were happy to pull through the ‘unusual agreement.’

He said: “I want to let you know that you would see a massive transformation of this institution and it will be what the governor wants it to be; the envy of schools in Nigeria.

“I will like to appreciate the team of the government led by the indomitable Secretary to the State Government, Mrs. Bamiwo Adeosun. She has been able to guide the process to this level. I also thank the Attorney-General and Commissioner for Justice, who has been following and putting in the necessary clauses. We also thank the Commissioner for Education.”

A copy of the agreement indicated that the GCIOBA’s desire to maintain and sustain the preeminent status of the institution, founded in 1929, coincided with the Governor Makinde administration’s policy to designate some secondary schools in the state as schools for gifted students.

According to the agreement, GCIOBA will be granted “the right and authority during the term of this Agreement to manage, operate and develop GCI in accordance with the terms and conditions of this Agreement.”

A Board of Trustees is to be set for the school, which according to the agreement, will comprise nominees from the state government, GCIOBA and the parents association.

When completed, the handover will see GCIOBA being responsible for the provision of additional infrastructure and improvement of existing ones in the school, provision of security with the assistance of the state government, employment of competent staff, and payment of the same.

Other responsibilities of the Old Boys Association are the provision of modern teaching aids that will enhance the standard of education and the maintenance of the free education policy of the Makinde-led administration except in cases where boarding facilities are provided by the GCIOBA, among others.

The agreement, it was noted, shall commence on the date of the formal handover of school to GCIOBA after the execution of the Agreement and “shall subsist for a period of 25 (Twenty-Five) years.”

The agreement equally indicated that the GCIOBA is expected to, within two years of the execution of the agreement, provide evidence of new infrastructures either completed or ongoing; undertake continuous and regular maintenance of existing infrastructures and undertake the training and capacity building for the teaching staff, among others.