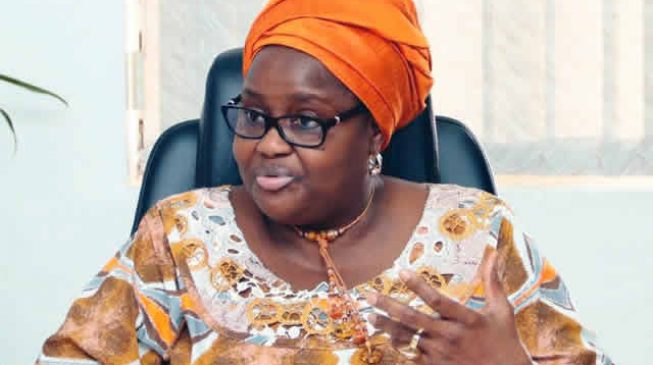 Yemisi Izuora
The National Pension Commission, PenCom, is escalating industry-wide collaboration to achieve the desired awareness among targeted groups under its Micro Pension Plan,  MPP.
The Commission says strategic efforts to drive the Micro Pension Plan (MPP) remain one of its significant areas of focus.
Aisha Dahir-Umar, Director General, DG, of the Commission, who was represented by Abdulqudir Dahiru, the Head of Corporate Communications of the Commission, said  in her address at a capacity building workshop for Insurance and Pension Editors in Lagos on Thursday, explained that the MPP was conceptualized to expand pension coverage to the informal sector, including small-scale businesses, entertainers, professionals, petty traders, artisans, and entrepreneurs.
The theme of this year’s workshop, “Increasing Informal Sector Participation in the Contributory Pension Scheme (CPS): The case for Micro Pension Plan”, according to the DG, aligns with the Commission’s objective of expanding coverage of the Contributory Pension Scheme, CPS.
She noted that the objective is to bring in to the CPS, Nigerians working in the Informal Sector and those who are Self Employed through the Micro Pension Plan (MPP).
” Therefore, it is of utmost importance to educate the media on the MPP and enlist your support to make the Plan popular amongst informal sector workers and the self-employed.” Dahir-Umar noted.
Speaking further she stated that the MPP was implemented to curb old-age poverty by assisting the workers, as mentioned above, to contribute while working and build long-term savings to fall back on when they become old.
To create awareness of the Micro Pension Plan, the Commission, in collaboration with the Pension Fund Operators Association of Nigeria, is currently championing an Industry Media Campaign in major cities in the country’s six geopolitical zones.