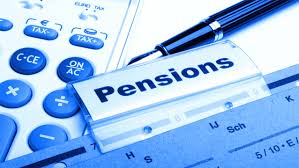 Mr Moses Opaleke, the Pension Desk Officer, University of Ilorin, has advised Nigerian workers to save towards their retirement through investment, most especially in treasury bills.

Treasury bills are government guaranteed debt instruments issued by the Central Bank of Nigeria (CBN) on their behalf to finance expenditure.

Opaleke gave the advice on Tuesday in Ilorin while delivering a lecture at a send-forth ceremony organised by the Directorate of Corporate Affairs, University of Ilorin, in honour of retiring members of staff.

According to him, Nigerian workers should not be afraid of retirement, they should always look towards it with confidence and hope.

He explained further that treasury bills are far better because it yields more dividends.

The pension expert described retirement as a compulsory transition in life, which every worker that survives death in active service would get to because anything that has a beginning, have a terminal point.

The pension expert urged all to prepare for their retirement and always work for what would make them happy in retirement.

He added that retirement does not necessarily end in bad health and financial crises but could be more joyous and rewarding for those who planned ahead.

The pension desk officer pointed out that the best time for planning towards retirement was before employers’ plan it for a worker.

Opaleke reminded workers to be mindful of so many factors while planning for retirement such as their health, pension, location of settlement and relationships thereafter.

He also observed that it could be suicidal to go into a new matrimony after retirement, particularly with a younger spouse.

The pension desk officer also urged workers to avoid taking loans shortly before their retirement, saying that the repayment plan could be corrosive on their dwindled income.

He emphasised that such class of personnel should engage in investment most especially in treasury bills which, he said, was far better because it yields more dividends. (NAN)