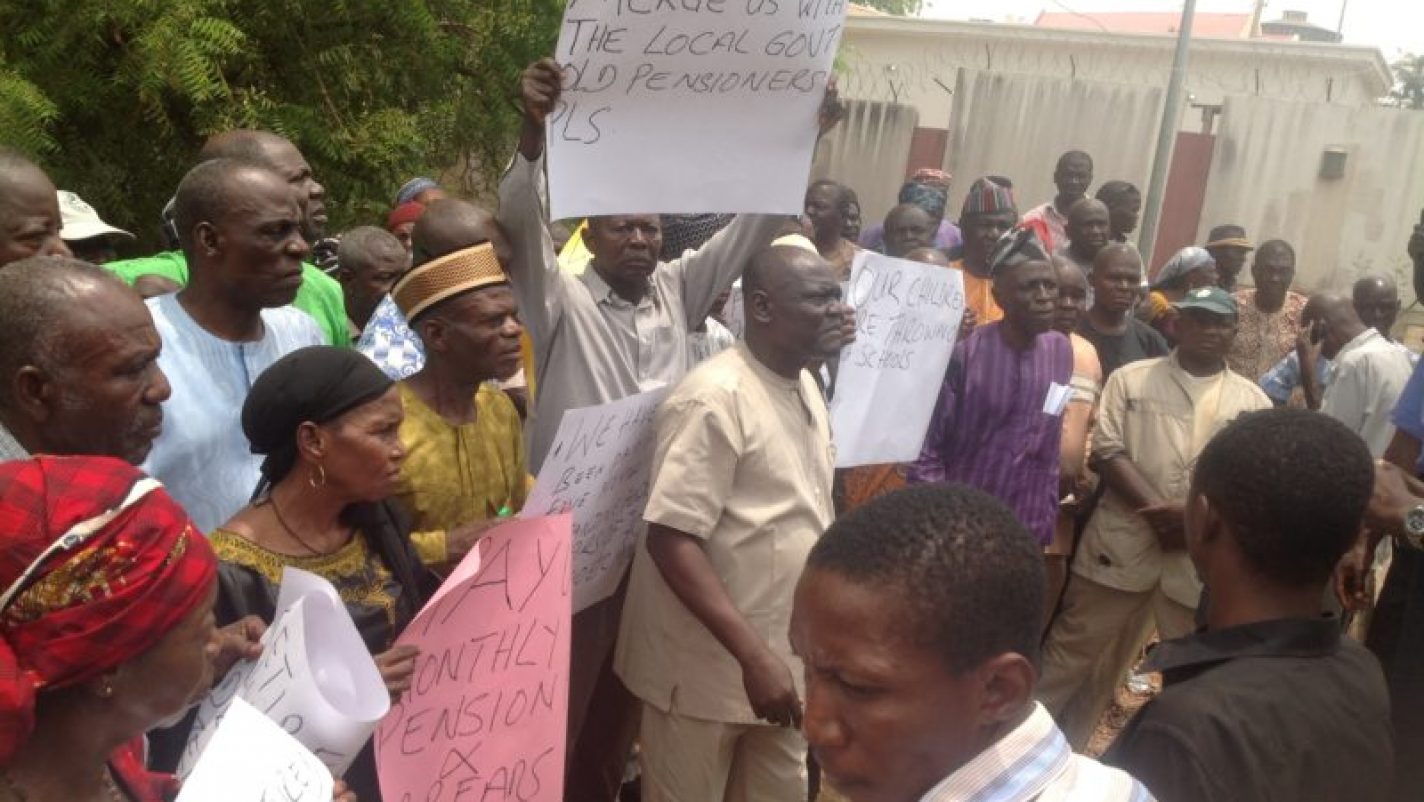 The National Union Coalition of Aggrieved Pensioners in Benue has appealed to the state government to pay them their pension arrears for 33 months.

The union, who made the appeal on Friday, in a statement signed by its Chairman, Mr Akosu Orban and Secretary Mac Mtsur, said that only six months out of the 33 months pension arrears owed them, were inherited from the previous administration and the rest  27 months were a creation of the present administration.

The union wondered why pension arrears were rising despite the claim of N700 million monthly being released for pension payment by government.

“It is saddening  to note that we are dying on a daily basis, as most of us are on special diet and drugs, but cannot even afford the funds to maintain ourselves.

“Some of us have become beggars, scavengers, refugees, fugitives and destitute.

“If this inhumanity to man meted to us persists, we may be forced or tempted to use our numerical strength and adopt a different strategy to our problem,” the union warned.

Meanwhile, Gov. Samuel Ortom, in a statement signed by his Acting Chief Press Secretary,  Mr Nathaniel Ikyur, said that his government had an agreement with the leadership the pensioners.

“Since then I have been paying the sum of N700 Million to the pensioners in the state. Out of this amount, N300 million is paid to the local government pensioners and N400 million to state pensioners every month.

“This mode of payment  has been in effect in the last six months and government intends to continue with it until we are able to stabilise the payment system,” he said

The governor further stated that the state  government had domesticated the National Pension Commission’s law to serve as a permanent solution to issues of retiring civil servants.

“This means that when people retire from the public service, the challenge of waiting on government will not arise. They will be paid by their respective pension Administrators as soon as they retire,” he said . (NAN)