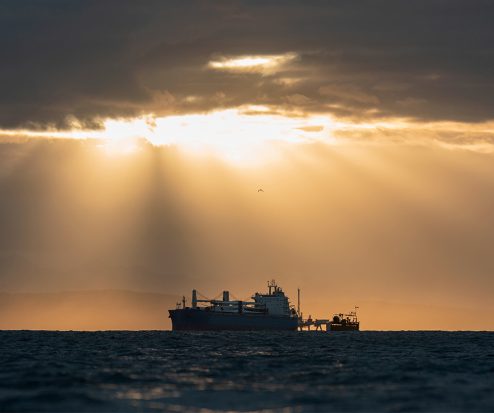 The number and severity of attacks on vessels by pirates in the Gulf of Guinea are increasing, posing a threat to global trade and the safety of seafarers working in the region, according to the International Maritime Organization (IMO).

In a letter to all agencies of the United Nations (UN) dated February 10, IMO secretary-general Kitack Lim writes that piracy in the gulf presents a “serious and immediate threat” to crews and vessels operating in West African waters.

He calls for better co-ordination between stakeholders and regional organisations to improve safety for ships and their operatives, while also highlighting a fatal incident involving a container ship in late January as the catalyst for action.

Mozart, a Liberian-flagged vessel, had been on its way from Lagos to Cape Town when it became the target of a pirate attack that resulted in the death of one Azerbaijani seafarer and the kidnapping of 15 Turkish crew members.

On February 12, the Turkish government stated that after working with Boden Shipping, the Turkish-based company that owns the ship, all 15 seafarers were “safe” and would be transferred from Nigeria to Turkey as soon as possible.

Fabrizio Barcellona, co-ordinator of the seafarers’ unit in the International Transport Workers’ Federation, a trade union, says in a statement: “The severity of this latest attack must now drive robust action from government to protect seafarers and the movement of trade around West Africa.

“Governments need to make good on their commitments to deter pirates with a strong naval and coastguard presence. Without immediate action, more seafarers risk being shot and killed.”

The Gulf of Guinea extends from Senegal to Angola and is a key shipping route for the transportation of oil and gas, as well as goods, between central and southern Africa. There are 1,500 fishing vessels, tankers and cargo ships navigating the gulf’s waters on a daily basis, according to the European Union’s maritime safety factsheet.

A hotspot for piracy

With unemployment rates high in coastal West Africa, weak security and a lack of enforcement of maritime laws, the gulf has become a hotspot for piracy. Rather than stealing cargo – usually in the form of oil – piracy in the gulf has evolved since the 2014 oil price crash to focus on kidnapping seafarers and holding them for ransom because thieving oil no longer holds the same potential profits as it once did.

The International Maritime Bureau (IMB) has been tracking piracy incidents in the Gulf of Guinea for more than a decade. In 2020, IMB found that the region accounted for 95% of all kidnappings at sea, with a record 130 crew members kidnapped during 22 separate incidents.

The IMB states that there has been a rise in kidnapping incidents further away from shorelines, which it says demonstrates the increasing capabilities of pirates in the region.

In 2020, the furthest attack from shore also involved the most crew kidnapped from a single vessel. Eight pirates armed with machine guns boarded a tanker around 196 nautical miles southwest of Bayelsa, Nigeria. They held all 19 crew members hostage, stole ship’s documents and valuable items, and escaped with 13 seafarers. One month later, all 13 crew members were safely released.

As such, IMB advises vessels in the region to remain at least 250 nautical miles from the coast at all times, or until the vessel can transit to start cargo operations at a safe anchorage.

“The latest statistics confirm the increased capabilities of pirates in the Gulf of Guinea with more and more attacks taking place further from the coast,” says Michael Howlett, director of the IMB.

“This is a worrying trend that can only be resolved through increased information exchange and co-ordination between vessels, reporting and response agencies in the Gulf of Guinea region. Despite prompt action by navies in the region, there remains an urgent need to address this crime, which continues to have a direct impact on the safety and security of innocent seafarers.”

While it is difficult to pinpoint the exact cost of piracy in the gulf because of the nature of the crime and shipowners being unwilling to disclose ransom sums and security costs, a 2017 report by non-profit organisation Oceans Beyond Piracy found that attacks on ships cost US$818.1mn that year, nearly half of which was spent on maritime security.

In terms of reducing attacks by pirates on vessels, several things are happening, states the IMO in its letter. The organisation is working with the International Chamber of Commerce (ICC) to better support countries’ adoption of the Yaoundé Code of Conduct (YCC), the widest regional initiative by governments in and around the Gulf of Guinea, signed in 2013 to repress illicit maritime activity.

A maritime security working group focusing on the gulf is also expected to be assembled at the next session of the Maritime Safety Committee in May.

Meanwhile, the World Economic Forum says that in order to counter piracy in the gulf, four steps need to be taken: affected states need to share information on what is happening on their coastlines, countries must look to develop strong legislation and prosecute maritime criminals, joint training activities are required so that countries can develop procedures and improve their inter-operability, and countries should also set aside funds to build local security capacity.