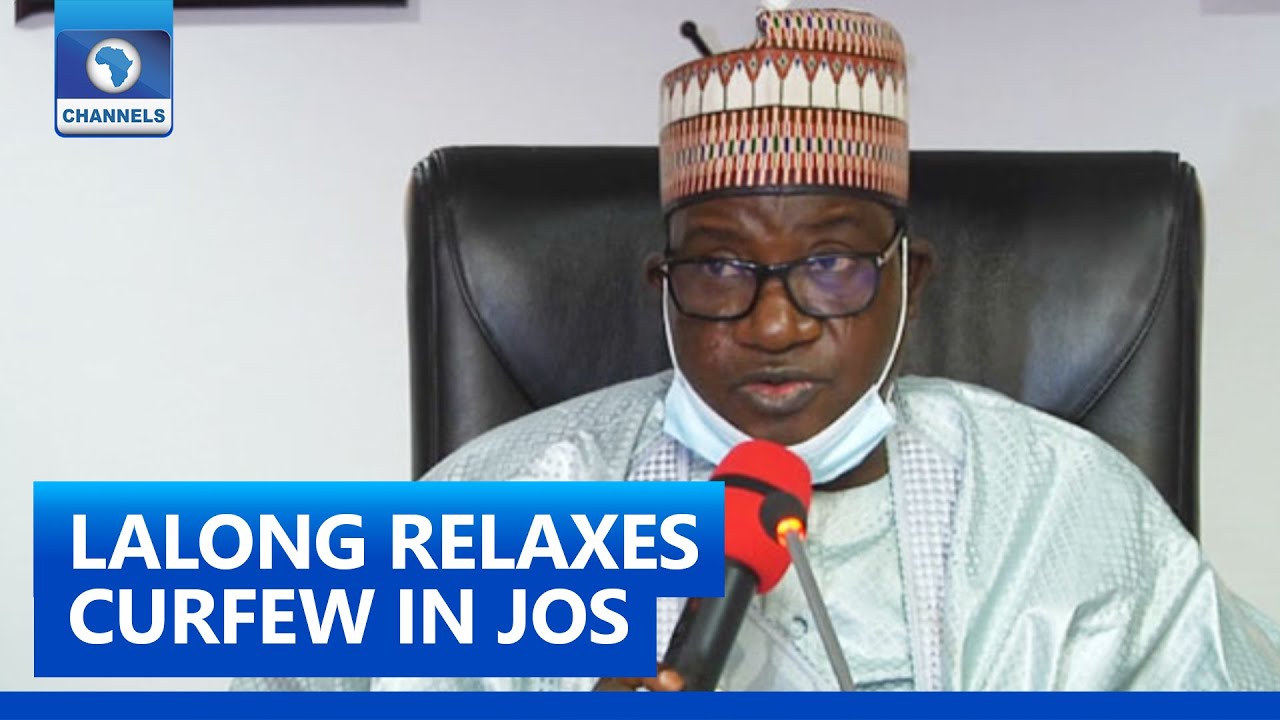 This is coming as President Muhammadu Buhari, vowed to give appropriate punishment to perpetrators of violence in the State.

Lalong said the curfew would now be enforced from 6 p.m. to 6 a.m in a statewide broadcast on the state-owned media, Plateau Radio-Television, and Peace FM Radio on Monday in Jos.

“The curfew in Jos North is to be relaxed beginning from Monday 30th August 2021 the curfew shall be enforced; from 6 p.m. to 6 a.m. until further notice.

“The curfew in Jos South and Bassa is to also be further relaxed; as from Monday 30th August 2021, the curfew shall be enforced between 10 p.m. to 6 a.m.until further notice,” he said.

He expressed disappointment over the security situation in the state; saying it had stalled the progress and huge investments made in peacebuilding and crime-fighting within the last six years.

“Due to recent attacks in Jos North, Bassa, Riyom, and Barkin Ladi, we have witnessed the unfortunate disruption to the peace and security of the State by criminal elements leading to loss of innocent lives, properties, farm crops, and livestock.

“Despite the directive to security agencies to stop the attacks, arrest perpetrators, and bring them to justice, these attacks continued with the incident in Rukuba Road where commuters were attacked leading to further deaths and destruction.

“The ugly situation again resurfaced in Yelwa Zangam village of Jos North Local Government Area; where many people were again killed and properties destroyed,” he said.

Lalong said in spite of arrests made over the incidents, the curfew was imposed in some local government areas; following threats to lives and properties; adding that it was also to enable security agencies to handle the situation.

He said that the ban on operations of tricycles and hawkers remained in force, within the Jos/Bukuru metropolis.

He commiserated with the people of the state, especially the families of those who lost loved ones, sustained injuries, and lost properties during the carnage, saying, the government would handle medical bills of those receiving treatment in various health facilities.

The Governor also decried the use of social media to spread false information and inciting comments, urging residents to embrace ethno religious tolerance and mutual respect for peaceful coexistence in the state.

Meanwhile, President Muhammadu Buhari has assured Nigerians that his administration is on top of events and is moving ahead with force to crush the perpetrators of the recent incidents of unrest in Plateau.

The president gave the assurance in a statement by his Senior Special Assistant on Media and Publicity, Malam Garba Shehu, on Sunday, August 29, in Abuja.

Buhari, however, maintained that to achieve success, communities must unite against these horrific attacks, saying retributive violence was not the answer.

He challenged religious, traditional, and other community leaders on the need to preach peace and not to allow the use of their spaces for the propagation of violence and incitement to violence.

According to him, the troubled communities on the Plateau are being reinforced with security personnel to protect lives and property in the state.

The president said: ”Attempts to simplify the reasons into a basic narrative may help raise donor-dollars for international NGOs, fill pages of overseas newspapers and burnish foreign politicians’ faith credentials; but this does not increase understanding, nor offer solutions.

“If anything, simplistic theorising and finger-pointing make the situation worse.

“It is important both for Nigerians and the international community; to appreciate that there is a multitude of factors attendant to these troubles.”

According to Buhari, there is the Boko Haram and ISWAP terrorism; as well as the spate of kidnappings for ransom; transformed by some misinformed global media into a Muslim-on-Christian threat.

FG To Resist Exploitation Of 5G Technology By Stakeholders