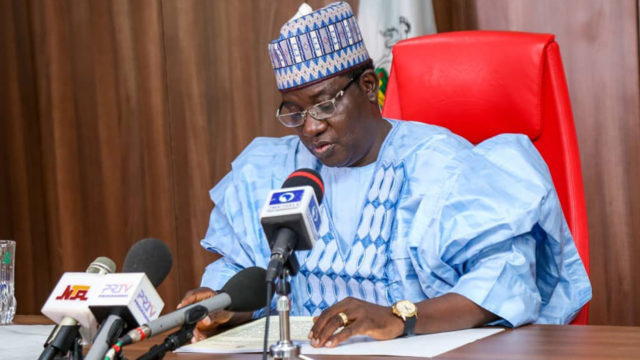 The area has witnessed tensions from fresh attacks in the Yelwa Zangam community in the area that was attacked by gunmen on Tuesday night killing people and destroying properties.

Lalong in a statement issued by his Director of Press and Public Affairs, Dr Makut Macham, on Wednesday, August 25, in Jos, said the 24-hour curfew would take effect from 4 p.m. on August 25 until further notice.

He said the proactive decision became necessary following imminent threat to lives and property within the Local Government Area; and the need to forestall the breakdown of law and order.

The Governor said the decision was also to enable security agencies to appropriately control the situation; as the search for the attackers of the villagers continued as he appealed to the residents of Jos North to cooperate with the Government by complying with the 24-hour curfew; as defaulters would be arrested.

He said that the 6 p.m. to 6 a.m. curfew on Jos South and Bassa local government areas of Plateau State remained in force, until further notice asking people on essential duties to provide their services.

He called for calm, saying he is seriously grieved by the attacks, while he sympathised with the victims of the attacks; while appealing to them to show restraint and allow Government to handle the matter.

Lalong said the action was also to prevent hoodlums from taking advantage of the unfortunate situation to cause mayhem and destruction in the state.