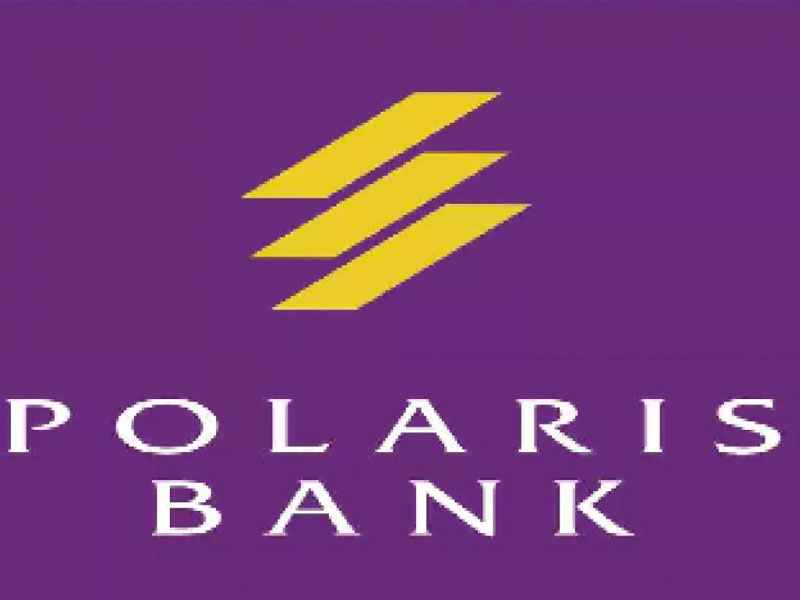 Polaris Bank has said that the management recognizes the right of every individual to practise his or her faith in line with constitution of the Federal Republic Nigeria and accordingly does not discriminate on the basis of religion.

The bank stated this in reaction to a shared screenshot of an internal mail sent by one of its Yes Centre team supervisors to staff in the department.

In the said mail, which has become widely circulated in the media, the bank noted that the issue in question was a communication to her colleagues on the implication of everyone leaving the office at the same time and disrupting service delivery to customers.

The communication was issued by the said officer without understanding its implications and does not reflect the policy of the Bank.

The bank further appreciated its customers and other stakeholders for the trust and confidence reposed in the management and reassured of excellence service delivery at all times.

However, despite the explanation, the Muslim Rights Concern (MURIC), has demanded unreserved apology from Polaris Bank for allegedly baring Muslim staff from attending Jumuah service.

MURIC, in a statement from its Director, Professor Ishaq Akintola asked the bank management to apologise within seven days failing which Muslim customers may start boycotting the bank.

Akintola said: “Polaris Bank should not try to test our will. Whoever thinks Nigerian Muslims cannot mobilise themselves for unified action nationwide is living in delusion. This is the age of resistance against all forms of religious apartheid targeted at Nigerian Muslims. Without firing a single shot, we are determined to teach our traducers lessons in religious tolerance and peaceful coexistence using peaceful and civil liberty gimmicks,” he said

The statement reads: “A senior official of Polaris Bank, Damilola Adebara, last week addressed a mail to Muslim staff of the bank in which she instructed them that they should not attend Jumu‘ah service. It is instructive to add that she added a threat ‘any infraction of this directive would be dealt with accordingly’. She did this through an email sent on Tuesday, 11th October, 2022 at exactly 12.10 pm.

“MURIC strongly condemns this strong-arm tactic aimed at Christianising the bank’s policies and de-Islamising Muslim staff of Polaris Bank. It is unethical, unprofessional and intolerant.

“Besides, it is illegal, illegitimate, unlawful and unconstitutional for any employer or his or her agents to impose measures, take actions or introduce policies capable of undermining Allah-given fundamental human rights of any citizen of Nigeria no matter his or her faith or ethnicity.

“Damilola Adebara’s mail is a flagrant contravention of Section 38 (i)&ii) of the 1999 Constitution of the Federal Republic of Nigeria which says, ‘Every person shall be entitled to freedom of thought, conscience and religion, including freedom to change his religion or belief, and freedom (either alone or in community with others, and in public or in private) to manifest and propagate his religion or belief in worship, teaching, practice and observance’

“The leaked mail was greeted with outrage, bewilderment and nausea among Nigerian Muslims. Unfortunately the bank’s response to the concern of Muslims was not good enough. It was mild, vague, escapist and deceitful. Polaris Bank had said, ‘The said staff had acted in ignorance and we have since addressed the issue internally’.

“This is a very poor response. It lacked human face, human sympathy, colour and concern. It did not show that the bank has control over its erring staff. The bank responded as if Damilola Adebara is a sacred cow and an untouchable demigod.

“The bank had already found an excuse for a woman who made millions of Nigerian Muslims lose appetite overnight and sent them to the abyss of psychological trauma through her uncouth behaviour, intolerance and exhibition of tramadolised religiousity.

“We wonder why the bank is now the one telling us that the ‘said staff had acted in ignorance’. What ‘ignorance’? Is Polaris Bank aware that it has indicted itself by blaming it all on ‘ignorance’? Who should take the blame if your employee is an ignoramus? Did you train her at all? What happened to post-employment training and retraining?

“What exactly did the bank management do apart from finding excuse for her? What disciplinary measure has the bank taken? Or is it over just like that? This is how matters are swept under the carpet in Nigeria. What of the Muslim staff barred from attending Jumu‘ah mosque last week by ‘Her Majesty’, Damilola Adebara, the ‘Alpha’ and ‘Omega’, the one whose word is law in Polaris Bank?

“How does she and the bank assuage the unprovoked assault on their spiritual wellbeing? How does the bank mitigate the fear of Nigerian Muslims that they and their brethren cannot expect fair play, justice and equity in the hands of Polaris Bank?

“All that the bank has told Nigerians is that ‘we have since addressed the issue internally’. How? When? What was done to address the issue? What was done to instil discipline? What was done to ensure that no Muslim staff is so harassed in future? This is no longer a private matter. It is between Polaris Bank and the Nigerian Muslim Community. We demand transparency. Injury to one is injury to all.

“We are fully aware that this has also been happening in other banks and we have started collating reports around the country. We advise banks to review their policies towards their Muslim staff particularly on this sensitive Friday Question.

“Why is it so difficult for any bank to give its Muslim staff just two hours to go to the mosque on Friday when Christian staff have the whole day on Sunday to satisfy their spiritual yearning? Here comes the Friday Question once again. This issue will remain knotty until Friday is officially declared a work-free day. But in the meantime, we must take such measures capable of sending a strong message to Nigerian banks.

“Secondly, the first offender, Damilola Adebara, must go on a few days’ suspension. There must be consequences for unprofessional behaviour. On her return from suspension, she must withdraw the memo sent to all Muslim staff. She must also send copies of the withdrawal mail to her Christian staff and Polaris Bank management exactly as she copied them the offensive email ab initio,” he said.