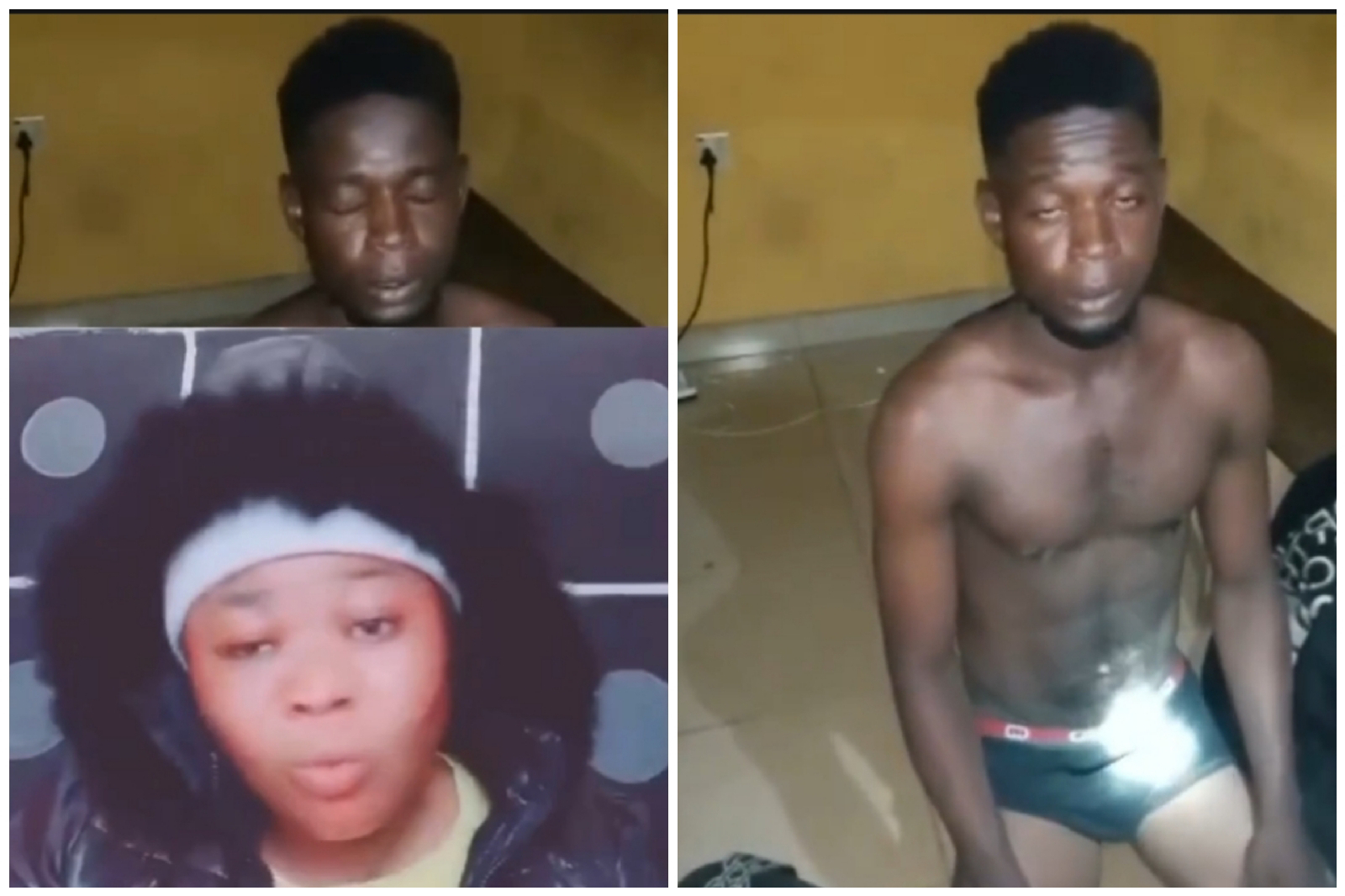 Two suspected cultists who defiantly tortured a lady have been nabbed by the Edo State Police Command.

The incident was captured in a TikTok video.

The lady, identified as Queen Perri, was alleged to have made a hand sign popular with a particular cult group; an action that infuriated members of the group.

They trailed the lady and track her down leading to her torture with reports indicating that she had been killed.

However, Commissioner of Police, Edo State Command, Philip Ogbadu, disclosed that the lady was still alive and confirmed the arrest of the suspects who assaulted her.

Ogbadu disclosed that  two of the boys had been arrested and in Police custody while operatives is after other members of the gang.

They would be charged to court at the end of investigations.

The Commissioner confirmed the lady is alive and well and was being cared for at a health facility in the state.

“It was alleged that the girl was killed. She is alive, but because of the social stigma that may be attached, we will not bring them out now.

‘‘However, you will see the boys later,” he stated.

The Commissioner assured the public of heightened security in Edo State during the ember months; urging law-abiding residents to go about their normal activities.

OPEC Desperate On Attracting Investment In Oil And Gas Sector