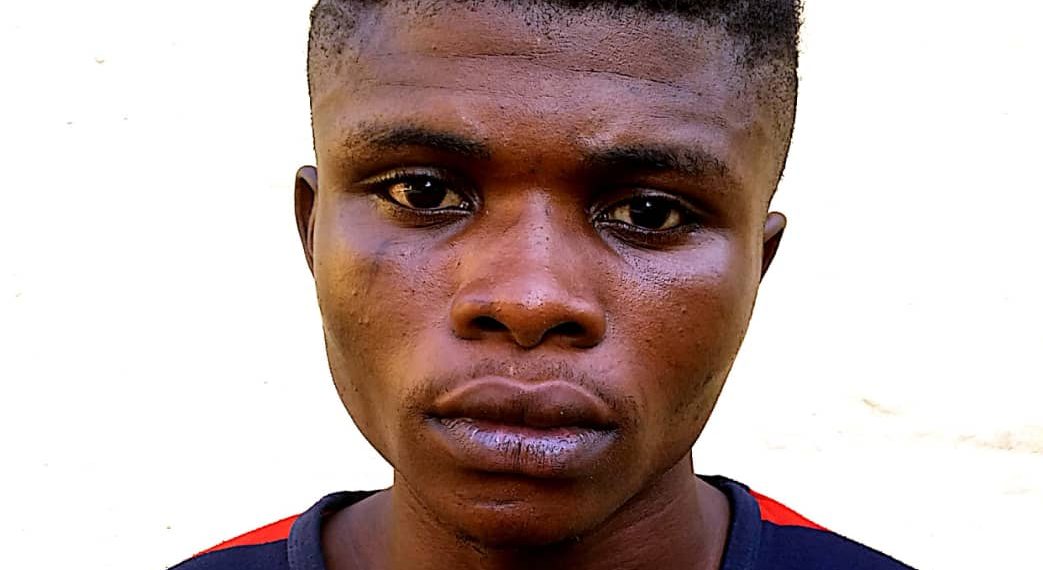 The Lagos State Police Command has arrested one Monday Odey after it responded to a complaint from one Bola Ikupoluyi of house No. 16, Tunde Obitayo street, Magodo phase 2, Lagos, that the suspect hit one Abdullahi Yinusa with a shovel on the head and face which led to his death. The suspect reportedly absconded to unknown destination immediately after committing the offence.

According to the police spokesperson, DSP Bala Elkana, “both the suspect and the deceased person were security guards working at the residence of the complainant”
“Investigation revealed that the suspect has been accused of stealing valuable items belonging to the complainant such as clothes, bicycles, among others”
The suspect was confronted over his incessant stealing habit, by the deceased person and the suspect picked offence and threatened to kill the said Abdullahi Yinusa for challenging him.
The Complainant, being their employer responded by sacking the suspect and ordered him to vacate the premises immediately.
Angered by his sack, the suspect returned to the house the same day under the guise of taking his personal belongings from the house, gained access to the premises and murdered the said Abdullahi Yinusa. After killing the deceased person, the suspect dumped the corpse at a canal behind their master’s house and absconded.

The Commissioner of Police Lagos State tasked the State Criminal Investigation Department (CID) Panti to ensure that no stone is left unturned in tracking the location of the fugitive suspect and bringing him to face the full wrath of the law.

Following a thorough and painstaking investigation by Homicide detectives from the State CID, the suspect was traced to Iwo, Osun State and subsequently apprehended.
He has confessed to the commission of the crime and will be charged to Court for murder.