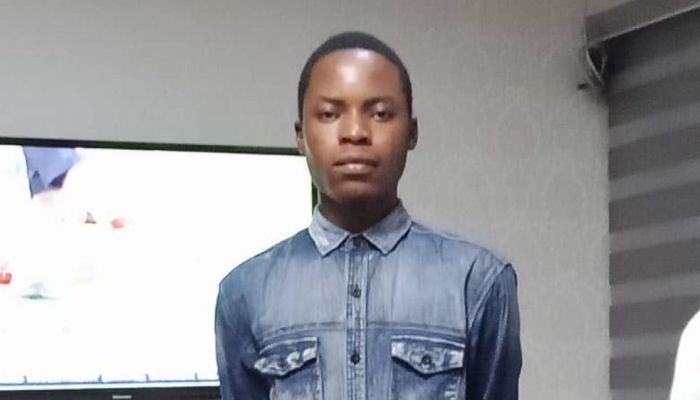 Hyacinth Chinweuba
The Lagos State Police Command has arrested a 19 years old boy and his father for allegedly defrauding a Lagos based businessman, Mr. Ekemezie Obinna of N1.2milion through cyber-related fraud.
The prime suspect, Emmanuel was said to have met Mr. Ekemezie on Facebook sometime in July, having requested for friendship and the request was accepted following which they started interactions.
In one of the posts, the suspect was said to have told his new friend that he was into Forex business and needed prospective buyers. As a businessman, whose branch was into Forex as well, Mr. Ekemezie, who though had his business in Enugu State with a branch in Lagos was said to have shown interest in the deal and an agreement was reached on the amount to be sold.
It was gathered that the suspect promptly forwarded his Access Bank account number 0780909179 to the victim who transferred N1, 210,000. 00 into the account.
The victim had no inkling that the deal was a bogus one, but after the transaction, the suspect blocked the victim both on his Facebook and WhatsApp accounts. A police source said:
“Even phone calls from the victim to the suspect’s numbers were also blocked by him prompting a petition to the office of the ‘Area F’ Commander, ACP Olasoji Akinbayo, who mobilised detectives and commenced tracking the number”.
The police sources who spoke on the condition of anonymity as he was not supposed to speak to the press, hinted further, that phone numbers 0814369123 and 07053248619 were later tracked to somewhere in Iyana Isashi area of the state on Tuesday, August 21, a community in the outskirts of Lagos where the suspect and his father were arrested .
The police officer said that it was later discovered that the suspect’s father was allegedly behind the fraud.
“The suspect is a serial cybercrime fraudster who cashed in on some naive businessmen to dupe them. Our investigation reveals that he had done a similar thing to different and unsuspecting businessmen wishing to buy forex currencies at a relatively reduced price from him.”
The police officer said that the suspects who were detained at the Area F police command would soon be charged to court.