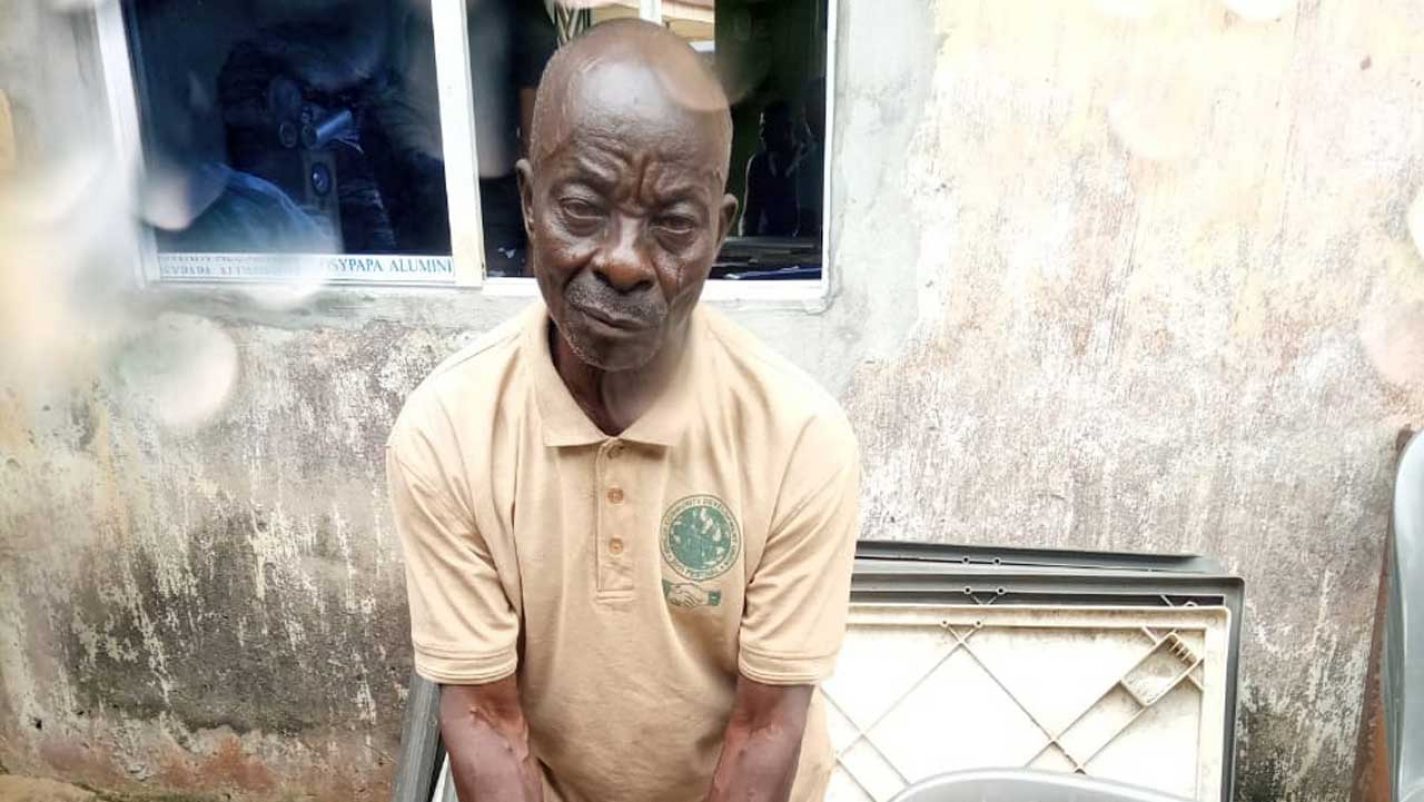 The Police Command in Delta says it has apprehended a suspected armed robber and a gunrunner in the state.

The command’s Spokesman, DSP Bright Edafe, disclosed this in a statement made available to newsmen on Sunday in Warri.

Edafe said that the suspects were arrested on Saturday by police operatives attached to Ozoro Police Division in Isoko North, following a distress call.

He said that the suspected gunrunner, a septuagenarian, admitted to have been in the business for the past 20 years.

“On Nov. 20, at about 0500hrs, following a distress call that three suspected armed robbers were in the premises of one man (name withheld) in Ozoro/Ughelli Road, the DPO, Ozoro Police Division, CSP Ogedengbe Areguamen, led a combined team of police/vigilante to the scene.

“The suspected armed robbers, on sighting the police team, took to their heels and the team went after them,” he said.

The police spokesman said that in the process, a 28-year-old man was arrested with one live cartridge, while two members of his gang escaped.

“Upon interrogation, the suspect confessed that he threw his gun somewhere in the bush as he was running and that he bought the said gun from another person at the cost of N30,000,” Edafe said.

He stated further that the suspect, thereafter, led the police to Irri Village in Isoko South where a 77-year-old was arrested,” he said.

He said that preliminary investigation reveals that the septuagenarian suspect was a welder who used to produce guns for criminals, adding that he admitted selling the gun to the suspected armed robber.

“The suspected gunrunner has confessed to being in the business of producing guns for the past 20 years.

“Manhunt for the other two fleeing suspects is ongoing,” Edafe added. (NAN)

Why autopsy on late OAU PG student is delayed – Police