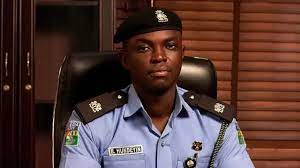 The Police Public Relations Officer, a Superintendent of Police, revealed this development on his Twitter handle.

Hundeyin tweeted: “Yesterday, an elderly man came to my office and complained bitterly of how a police officer extorted him of N50,000 before he could take his son on bail.

“After I summoned the police officer to my office, the elderly man narrated the same story in his presence.

“This still does not excuse the corrupt practice.

“Even one Naira is bad enough.

“The officer was first made to refund the elderly man, after which his disciplinary journey began.

“Papa then came to me and apologized saying, ‘I said N50,000 because I was angry.’” Eagle Online