Police Worries Over Rise In Electricity Industry Vandalism In Lagos 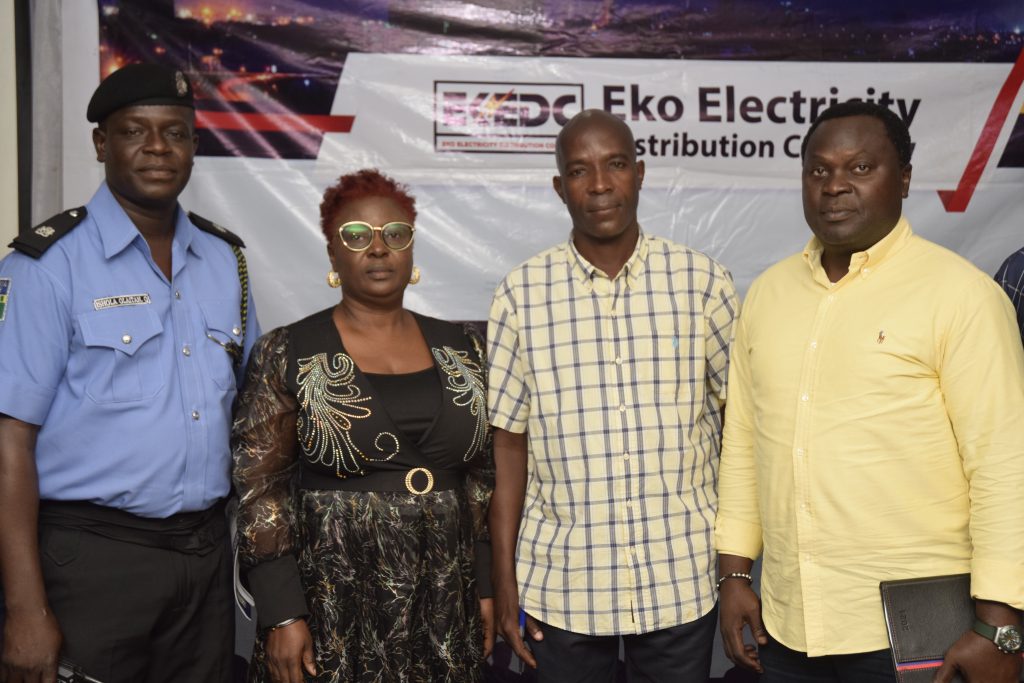 The Police in Lagos has fingered rise in third party infraction which industry operators link to major cause of power service delivery.

The issue came to the fore during a town hall meeting organised by Eko Electricity Distribution Company, EKEDC, at the Islands District to further its strategic engagement with customers under its franchise network.

At the forum, thenDivisional Crime Officer of Ikoyi Police Divisional Headquarters, Mr. Ishola Olaitan, observed the spate of vandalism in Ikoyi and Lagos Island which he said further contributes to the damage of cables, thus affecting service delivery.

He called on the customers to aid the Police Force and EKEDC in curbing the crime by reporting to the Police or EKEDC via its whistleblower platforms.

According to a statement by the EKEDC General Manager, Corporate Communications, Godwin Idemudia, the Island District is strategic to our business, hence the importance of the engagement forum to help the Management to identify areas of improving power supply to the customers.

While commending EKEDC for the recent improvement of power supply and turnaround time to clearing faults, the customers at the meeting raised the issue of old and overloaded distribution infrastructure affecting supply in their communities. Many residents from Lagos Island complained about the faults as a result of weak underground cables and overloaded transformers and thus requested solutions from the DisCo.

Reacting to the customers’ queries, the MD/CEO of EKEDC, Dr. Tinuade Sanda, represented by the Chief Commercial Officer, Mrs Rekhiat Momoh, appreciated the customers’ feedback and explained that the presence of weak and old cables in the network was due to construction of buildings on such cables, which has made it difficult to carry out repairs.

She however stated that EKEDC is devising alternative means to mitigate this challenge.

Concerning the issue of overloaded transformer, she assured the customers that the company, as part of its continuous improvements’ projects is working on providing relief distribution transformers to many areas under the Islands District.