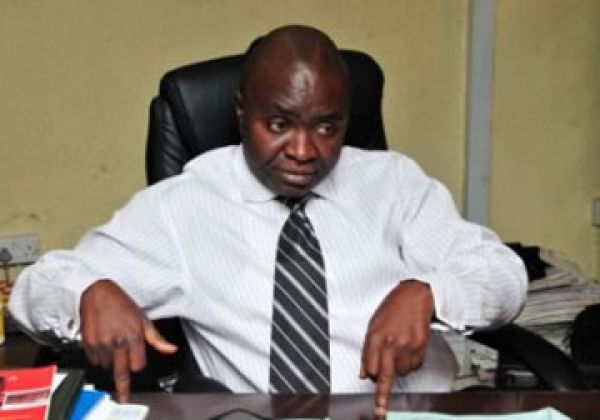 Yusuf, who is the Chief Executive Officer, CEO, of the Center For The Promotion Of Private Enterprise, CPPE, expressed fears that election activities would pose an added risk to the recovery of the Nigeria economy as he predicts that the tempo would be sustained for the next couple of months which typically increases distractions of the political leadership from governance and economic management.

The mounting intensity and velocity of electioneering activities portend a number of headwinds for the economy, he said.

He listed the possible headwinds to include heated and rising political temperature which could lead to political violence that comes with ominous implications for the investment environment, the security of lives and property and could dampen investors’ confidence.

Yusuf, also noted that electioneering season unleashes liquidity on the economy arising from a surge in spending, both by the political actors and the electoral body and that the economy is already witnessing a significant injection of liquidity to fund electioneering activities by the preparations for the elections. Liquidity surge has inflationary implications.

Equally, he added that approval processes for government transactions may suffer undue delays at all levels of government – federal, states and local governments amid numerous distractions driven by electioneering activities by political appointees and elected officials.

“Political attention to governance and economic management gets characteristically weakened as political office holders seek desperately to retain their offices in the next dispensation.

“This would adversely impact the business of government.” he said.

In other words, there is likelihood of a high probability that the apparatus and resources of state are being deployed for electioneering activities by political appointees and elected officials and opportunity costs of such misappropriation for the citizens are very high, especially in the light of the weak fiscal position of governments at all levels.

Again, the regularity of legislative activities has decelerated markedly as legislators at the federal and state assemblies devote more attention to electioneering activities to retain their seats or prospecting other opportunities in the political space, Yusuf observed, and many important bills pending for consideration are likely to suffer delays.

“The oversight activities of the legislators have also been practically put on hold as a result of the electioneering and political activities. Many legislative houses are struggling to form a quorum.” he pointed, and that for investors the level of uncertainty is generally higher in a season like this.

“It is much more difficult to plan for a long-term horizon because of the elevated political risk in the economy. Many important business decisions have been put on hold, especially for long term projects. The effect is that the economy suffers as a result of these delayed decisions. This could further dip the growth outlook.” he warned.

Within the period, major economic reform initiatives would be practically stalled because of the perceived political cost of such decisions while government has rather opted for populist policies at a heavy cost to the economy and with a weak fiscal space, this would increase the fiscal deficit and plunge the country deeper into a troubled debt situation.

Further, he said the voting population are also not helping matters as most of the voters are focused on short term and immediate benefits on the political process rather than undertake very serious scrutiny of the capacity of the political parties or the political contenders to contribute to the development of the economy. Consequently, Yusuf, observed that the economy is witnessing a flurry of cash, in domestic and foreign currency. “Cash within the banking system have been significantly depleted in the past one month and trend is likely to continue till 2023. “The economy is awash with cash which has implications for liquidity, for aggregate demand and surge in price level.” he said.

In addition, “The electioneering and political activities also have implications for the level of bank deposits. With the increase in political spending, the banking system is likely to witness considerable withdrawals by the political actors to fund the elections, most of these would be in cash.

“This may have an adverse effect on the level of deposits in the banking system and negatively impact on financial intermediation.

“There is also an implication for credit risk in the financial system. As the tempo of political activities increase, credit risk to players in the economy becomes heightened, particularly for long term projects because of the growing uncertainty and elevated political risk. Therefore, the economy is likely to witness a deceleration in the credit growth outlook to the private sector.

“The focus of many investors at this time will be short term in order to manage the risk inherent in the uncertainty arising from the electioneering processes and the impending political transition.” Yusuf added.