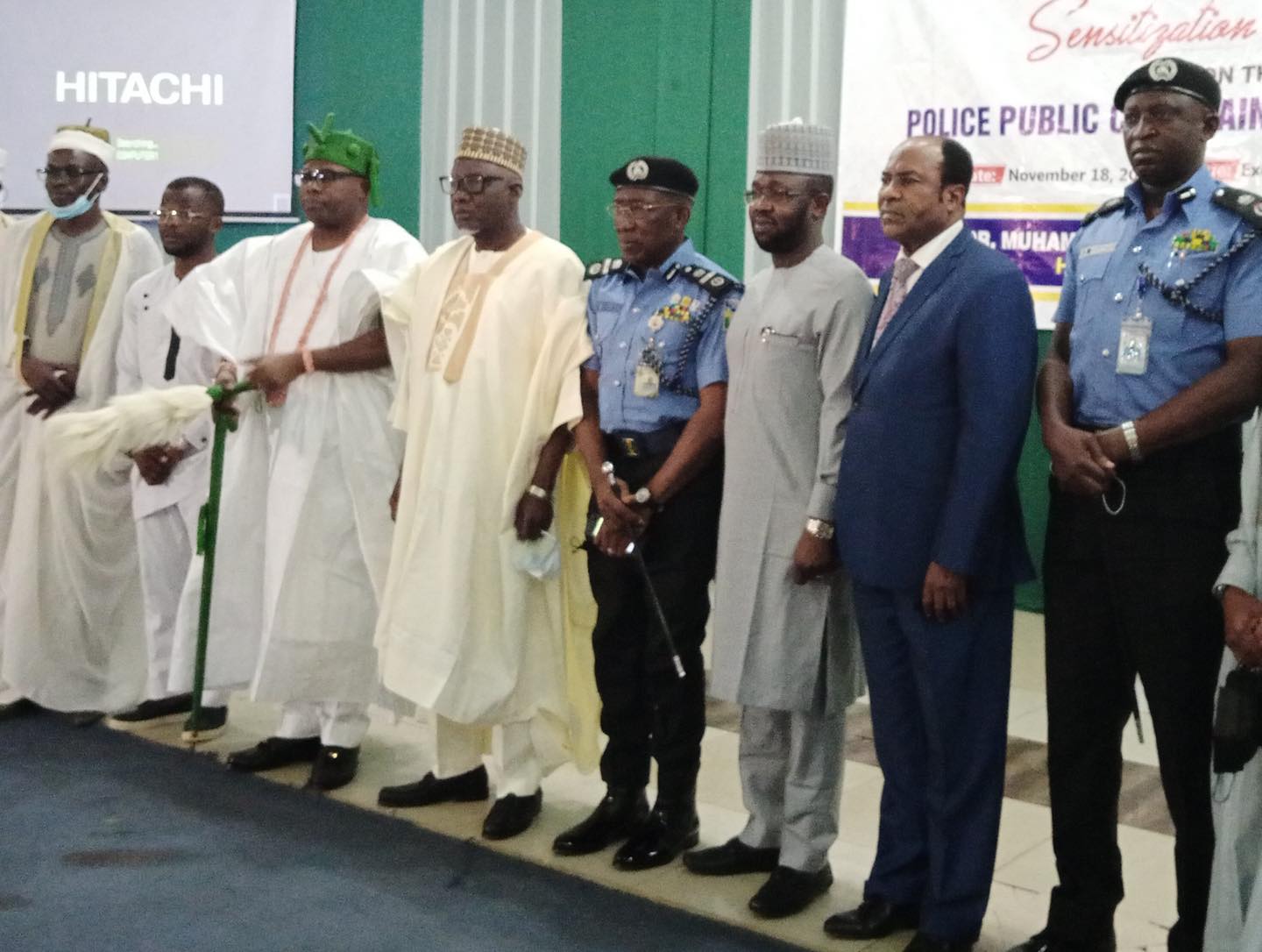 The Minister of Police Affairs, Dr. Muhammad Maigari Dingyadi has explained that the Police Public Complaints Committee (PPCC) was created as a specialized institution to deal strictly with public complaints against Police Personnel.

He stated this during his keynote address at the sensitization campaign for Public Complaints Committee (PPCC) activities for South West held at the Excellence Hotel Ogba, Ikeja, Lagos state.

The Minister said, the initiative is in furtherance of President Muhammadu Buhari’s quest to achieve people-centric security arrangements, which prioritize respect for citizen’s rights, address genuine cases of infractions to promote inclusiveness in policing arrangements to advance peace and security for national development.

In his words, “the idea is to put in place a permanent structure as a proactive mechanism that will help to effectively nip in the bud civil unrests with their undesirable or concomitant effects and disruptive tendencies, by providing the populace with the opportunities to channel their grievances on the misconduct of Police Personnel to the appropriate quarters for necessary action”.

He said “Indeed, if the PPCC had been active, it would have provided an adequate channel through which affected Nigerians would ventilate their grievances on Police brutality, and the tragedy which befell the nation late last year would have been averted. This administration is, therefore, determined to ensure that such ugly incidents would never occur again”.

Dingyadi pointed out that, the southwest edition of the sensitization campaign on the Police Public Complaints Committee (PPCC), underscores laudable commitment to deepening participation in the ongoing process of retooling police service delivery through reformation, enhanced capacity, improved welfare, equipping, respect for rule of law and human rights.

He added that participation and discussion by stakeholders also dovetail the lessons learned from last year’s #ENDSARS Protest and the need to sensitize Nigerians on actions taken to avert its reoccurrence. Thus, we are here today to sensitize the public on the Police Public Complaints Committee (PPCC). The choice of Lagos State as the first point of call on the nationwide sensitization campaign on the PPCC is deliberate.  The Minister stressed.

The Minister pointed out that the overriding objective of the PPCC is to serve as a platform that has oversight on the activities of Police Personnel viz-a-viz their interaction with the public.

He said “It is obvious that the current habit of the public lodging complaints against Police Personnel at Police Stations or at various Police Commands has not given the desired solutions to aggrieved Nigerians.

Dingyadi outlined the Operational Guidelines of Police Public Complaints Committee which includes: to receive and process all petitions that are addressed to it;  PPCC structure is decentralized to ensure that Nigerians have easy access to it;  to have a Sub-committee to be known as Special Investigation Unit (SIU) and the committee will be made up of professionals who will be charged with the responsibility of in-depth analysis and thorough investigation of every case brought before it and proffer recommendations accordingly.

In his goodwill message, the representative of the Inspector General of Police, AIG Johnson Kokomo commended the federal government for the creation of the committee and urged the institution to look into the abuses of the right of police officers which had led to the death of police officers on official duties noting that there is the need for compensation to the families of deceased.

The Chairman, National Youth Council of Nigeria(Lagos), Lekan Billiamin Oba opined that the youths are in the best position to work with the committee and Police Force to reduce the friction and improve the relationship that would bridge the communication gap adding that the rank and file on the road are creating problems for police image.

Earlier, the representative of Governor of Lagos State, Mr. Gbenga Omotosho, Commissioner for Information and strategies urged Nigeria Police not to be discouraged and continue to display professionalism in the course of their duties adding that majority of Nigerians who are beneficiary of their service are solidly behind them.