Price of Kerosene per litre at N947 hit rooftop 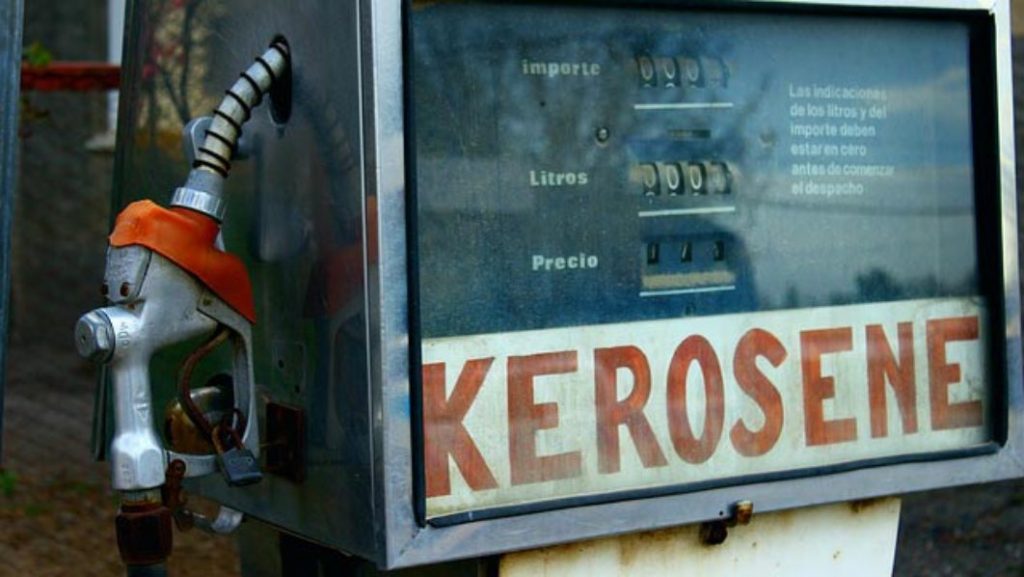 The price of Dual Purpose Kerosene, DPK, also commonly known as Kerosene, is gradually getting out of the reach of the average Nigerian as it was sold at N947.30 per litre in September 2022. This is just as Enugu State recorded the highest price per litre at N1,272.50, according to a report just released by the National Bureau of Statistics, NBS. According to its “National Kerosene Price Watch’’, on a year-on-year basis, NBS said the average retail price per litre of Kerosene rose by 118.08 per cent from N434.39 recorded in September 2021 to N947.30 in September 2022. This shows a 17.2 per cent increase over the N809.52 for which it was sold in August 2022. The report also showed that” the highest average price per litre of kerosene in September 2022 was recorded in Enugu State at N1,272.50, followed by Ebonyi at N1,263.89 and Cross River at N1,187.50.”

“Analyses by states showed that Abuja recorded the highest price per gallon of kerosene at N4,200.00, followed by Abia at N4,078.57 and Enugu State at N4,052.38. Borno recorded the lowest price at N2,500 followed by Zamfara and Delta with N2,555.56 and N2,576.92, respectively.” Analyses by zone showed that the “Southeast recorded the highest average retail price per gallon of kerosene at N3,607.38 followed by the Southwest at N3,468.42. The Northeast recorded the lowest price of N2,803.96 for a gallon of kerosene in September 2022”. Meanwhile, marketers of the product have blamed the federal government for not subsidising Dual Purpose Kerosene, DPK, popularly known as Kerosene. Marketers of Kerosene in some filling stations who spoke with Vanguard blamed the astronomical price of the product on scarcity of the product and current exchange rate. According to the manager of Aska Petro, an independent marketer, Kerosene is still being imported into the country.

The manager who craves anonymity, said” the federal government does not care about the plight of the common man that uses kerosene to cook. The government subsidizes petrol, why does it not subsidize kerosene. We buy kerosene at exorbitant price. So, we have to sell at a margin where we can make profit”. “Kerosene is still being imported. Our refineries are not producing kerosene. Sometimes we struggle to get this product in the black market. And considering the current exchange rate of the Naira to dollar, you should understand the high price,” he concluded.