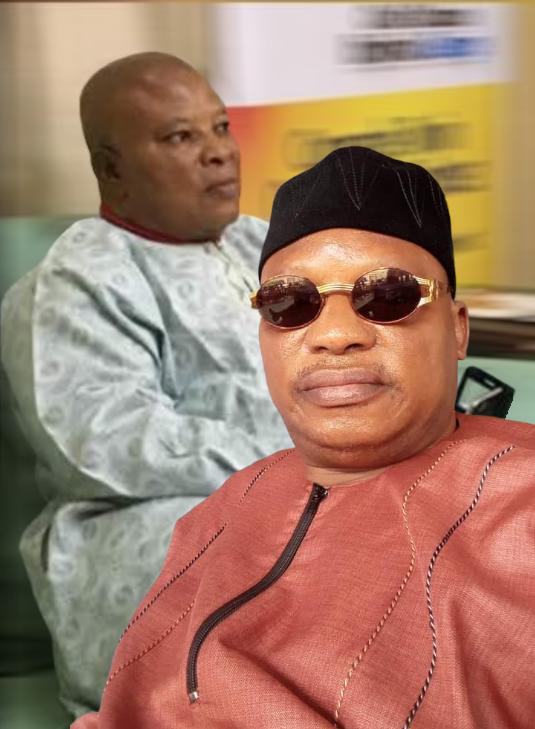 Life is unfair. The heavens are not fathomable. We are all captives of the cruel whims of fate.
My younger brother is gone. Prince Muis Adediran Shodipe-Dosunmu has transited to the realm beyond the human ken.

There were five of us who sprung from the womb of Alhaja Taibat Abiola Aduki Dosunmu, the daughter of Monsuru Salawu – Ado Dosunmu. Now I am the solitary orphan, saddled with an unbearable burden.

We had taken Muis to IDH at Yaba, having showed symptoms of Covid 19 infection. Of his own strength, he walked across the four steep steps that led to Ward C on July 15th.

We secured a room as we rallied the staff through “nudging”. Oxygen tanks were secured, drips and several prescribed antibiotics were procured at the 68th Army Reference hospital, about 100 meters away from the Mainland Hospital which is now called IDH.

His condition improved in the first few days as he requested for lucozade, fruits and other energy strengthening boosters like powdered Complan. All these he sipped through the straw.

He chatted with inspired contentment. Even as he gasped as power fluctuated and the oxygen supply dropped, he fought hard, praying with hoary, wispy voice, chorusing a faint insistent hallelujah, grappling with that brutal virus that was strangulating his lungs.

Even then, amid the pain, amid the lacerating lash of fate, you could still gleen some redeeming progression, the resolved fighting spirit, the unyielding insistence to void the dark inflictions of life.

About the 9th day when we got there, the doctors introduced Omeprazole injection which was supposed to heal the esophagus and remove acids from the stomach.

That was a deadly turn. The negative effect of Omeprazole is the crippling destruction of the kidney. It was one of his children who is a pharmacist that noticed this injurious implication and told the doctors to halt the infusion of the drug immediately.

But, alas! The damage had been done. His kidney had been impaired. We were directed to do dialysis, to which we promptly agreed.

Our nightmare at IDH sprung immediately. One doctor Ojuroye, the resident nephrologist who shuttles between Gbagada and Mainland kept dribbling everyone. I called everyone I knew in the upper echelon of Lagos government and their party. From Permanent Secretary to Commissioner, from party big wig to family friends, none could bring Dr Ojuroye to my brother’s aid.

For eight hours, he refused to pick his call. He kept dodging, equivocating, dribbling one as life ebbed and drained from my brother’s body.

One minute Doctor Ojuroye would say the dialysis machine was working and that he was on his way with his team. Another minute, he would call and say the machine had been dismantled and that it would take 10 days to fix it.

The Managing Director of the Mainland Hospital, one Dr. Abimbola Adebowal, finally led a team of his technicians to the machine on 27th of July and confirmed that the machine was effective and working without defect.

Still, Dr Ojuroye refused to come. After three days of deliberate, vile and evil negligence, I was advised to take my brother to St Nicholas Hospital at Maryland. As my brother was rolled to the premises in the early morn of Wednesday, it was too late.

He was worn, drained, murdered by insentient men and a corrupt and compromised system that knew no God. Dr Ojuroye, through his indifference and unfathomable malignity contributed to my brother’s death.

Those who gave Muis Omeprazole equally stand guilty of manslaughter. All these are actionable.

He was easily affable, warm, accommodating, glowing with wide embrace.

Where I could be aloof and distant, Muis was warm, embracing everyone with genuine kindness.

He was the archetypal politician who slaved selflessly for the People’s Democratic Party with staunch, steadfast vision. As the State Secretary, he was the great unifier, the solemn man of peace, appealing to all sides of the divide even when the party was fraught with feud.

Muis was my younger brother. But he was more. He was my best friend who I trusted whole -heartily. He harbored no malice. He was unknown to grievances. He was woven with almost paradisal grace; charming, trusting, exuding in the calm majesty of a true Lagos prince; confident, assertive without intrusive energy; knowledgeable, multi-talented in all spheres.

He was at once an artist and a sculptor, a scholar, business man and party scribe.

Muis had fulfilled his course. His journey is made. His mission has reached a defining coda. Like it was said of the Emancipator, now Muis belongs to the ages, reposes in eternal glory in the bosom of the great Nazarene.