Privatization Of TCN To Advance Progress In Power Sector- OPS 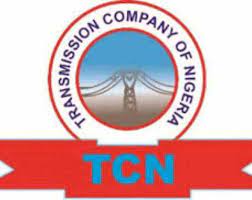 Barely 24 hours after the federal government denied speculation that it was ready to privatise the Transmission Company of Nigeria (TCN), the

The Lagos Chamber of Commerce and Industry (LCCI) has argued that privatization of the Transmission Company of Nigeria, TCN, would bring sanity in the country’s power sector value chain.

Deputy President of LCCI, Mr. Gabriel Idahosa, during a review of the economy in Lagos, told the media that Government cannot justify retention of the Company, and should therefore in the interest of the country allow private sector to manage it.

He argued that the Federal Government had no justifiable reasons to privatise the generation and distribution components of the electricity supply chain then retain ownership of the Transmission chain.
According to Idahosa, “You will wonder the kind of logic that would justify that a government that privatised the power generation and distribution because it was not capable of running them should still decides to keep power transmission to itself.
“So, in plain language there is no justification whatsoever for government to want to keep on holding on to the transmission component. We have recommended that the government should privatise the transmission segment.

“Why is the NLNG so successful? It is because the federal government holds 49 per cent of its equity and gave 51 per cent to private operators in that industry that have the experience and financial and technical capacity in that industry.

“So the world sees it as an international oil and gas business and it has access to finance from anywhere around the world. The NLNG does not depend on the federal government’s budget for all the projects that it has done. And the different is that two per cent.

“If transmission is privatised today with 49 per cent in government hands and 51 per cent equity with experienced transmission grid operators in the world that have the financial and technical capacity to manage transmission grid around the world the story will become completely different.
“The reason why there are so many issues about transmission privatisation is that that is the only opportunity left for vested interests to operate in that sector.
“Nigeria can remove corruption just by policy reform as it happened with the telecom reform. It is important to propagate that fighting corruption has more to do with policy reform than using the EFCC.”

Idahosa also stated that the LCCI had been championing the need for government to embrace equity infrastructure financing rather than borrowing and accumulating public debts.

He said: “When the chamber is speaking about using equity, rather than borrowing, it is not a complicated matter. Nigeria does not need to borrow to make any rail line. We do not need to borrow to build airport.
“Most of these infrastructure are owned by private individuals, including Nigerians, in Europe. A Nigerian led business owns airport. The same Nigerian led company bought a rail line in Italy. So, it is not necessary to borrow.

“When we say equity financing we mean that the government has built the Lagos-Ibadan railway line. The government needs to remove its management out of the Nigeria Railway Corporation, and call those that run the best rail lines in France to acquire 51 per cent and run it.

“It is not necessary for our government to be running around the world begging for loan for a country like Nigeria. It is not necessary. We have the fundamental market of over 200 million people that the whole world is looking for. Countries like France and Korea with much less population are running their trains profitably and they know that they can multiply their profit 10 times by operating in Nigeria.

“Train companies from Korea, France and Canada have applied for license to operate in this country but they were turned down.”
The President of the LCCI, Dr. Michael Olawale-Cole, in his comment stated clearly that the government has no business in business but should create the enabling environment hand-off for the private sector to do what it could do best.

He said: “The more the government will agree to make way for the private sector, the better for the country. The government has no business in business. Its role is to provide the enabling environment for those who are trained to run business.
“We have examples of how government has run down businesses like the Nigeria Airways and the Nigeria Shipping Line that was a very big international shipping company with 120 vessels at a time.”