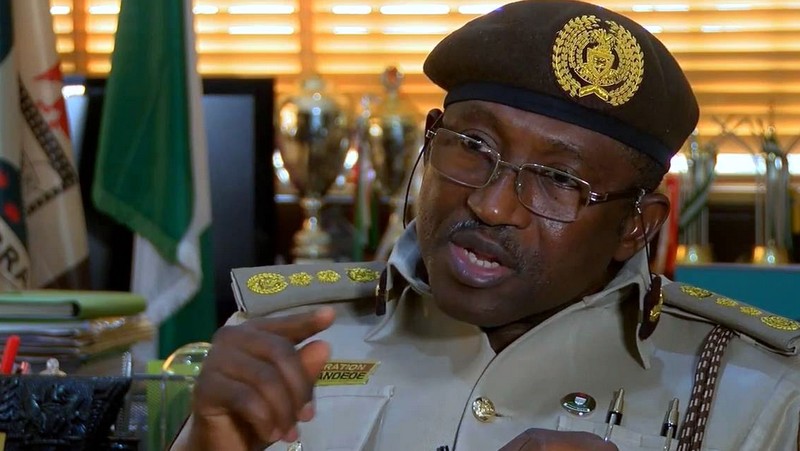 The Comptroller-General of the Nigeria Immigration Service, Muhammed Babandede, on Tuesday said the turnaround time for issuance of passports is now six weeks.

The service’s Public Relations Officer, Sunday James, disclosed this in a statement.

Babandede, gave the assurance at the NIS headquarters in Abuja during a media chat on Innovations and Administration for Ease in Passport Issuance and Processing following the decoration of 87 newly-promoted Assistant Comptrollers-General and Comptrollers of Immigration Service.

The statement titled, ‘NIS promotes senior officers’, quoted Bandede as saying that, “With effect from June 1, 2021, the Minister of Interior, Rauf Aregbesola, has directed that the issuance of passports to Nigerians will take a period of six weeks during which applicants must resolve their concerns with the passport office and the office must resolve their concerns with applicants.

“If you submit an incomplete documentation, you will receive a text message asking you to come and rectify the issues. Immediately you correct your documentation, the six weeks starts.

“When you apply, you wait for six weeks and you will get your passport. If you don’t get it, hold us responsible.

Speaking on the recent halt in new applications for passports, the Comptroller-General said, “All passport applications all over the country are hereby closed between May 18 and May 31, 2021.”

This suspension of receiving and processing of fresh passport applications, he said, was to allow for clearance of all applications that were received before May 17, 2021, adding that a task force supervised by ACGs, would be sent to passport offices to clear the backlog.

Babandede said, “So, there will be no operations at the passport office from today until May 31. We will use this period to clear the backlogs of passports yet unissued.

“Deputy comptrollers-general have been assigned to take direct charge of some selected passport policies. So, there will be no rush or favouritism.

“Payment portals have been closed locally from midnight today. Payments as from June 1, 2021 will be purely online.

“I have assigned the Provost Marshall to ensure that no cash is paid to the passport office. That office will be used for production only.

“We used the Sallah holidays to do a lot of work. No passport officer went on holidays. We have now sent text messages to Nigerians whose passports are ready.

“This means that as soon as your passport has reached six months before it expires, you have the right to come for another one.

“We have improved it from three months to six months. This will solve the challenges we have been facing with reissuing passports. Also, the public must know that we no longer take cash here.

“When you apply you wait for six weeks and you will get your passport. Collection of passports will be based on appointment. You don’t need to call any officer because appointment will be online. It’s our commitment to Nigerians.