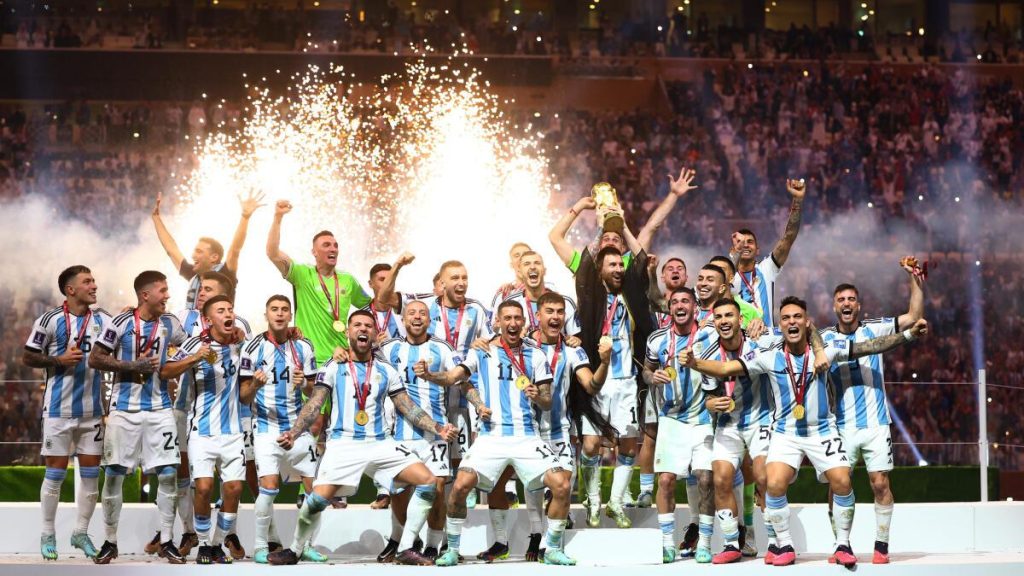 The World Cup final “for eternity” descended into madness, and then into perhaps the greatest game ever played, around 7:40 p.m. here at the Lusail Stadium on Sunday, with Argentine dreams crystallizing and then, suddenly, in 96 seconds, paralyzed.

They were ultimately realized on a night of lunacy and heart-stopping drama, of Lionel Messi and Kylian Mbappé. They were realized by and for Messi, and by Argentine goalkeeper Emi Martinez, and for a nation of 46 million that erupted into once-in-a-generation celebrations.

But only after Mbappé twice shattered those dreams. Only after a 2-0 lead became 2-2, and 3-2 became 3-3. A wild emotional ride took the final to penalties, where Martinez rose to the occasion yet again.

The goalkeeper, nicknamed “Dibu,” sprung to his right to push away Kingsley Coman’s second spot-kick for France, after Messi and Mbappé had converted. He pranced around the penalty area, pumping his fist into the air. He then shimmied after his sheer size forced Aurelien Tchouameni, France’s next taker, to drag his penalty wide.

Gonzalo Montiel, a reserve defender, completed Argentina’s shootout perfection and sent the Argentine fans behind one goal into delirium. Messi fell to his knees. Teammates engulfed him. He had done it. Finally, he and Argentina had done it.