Read How Unsafe Nigeria’s Airspace Is According To NATCA 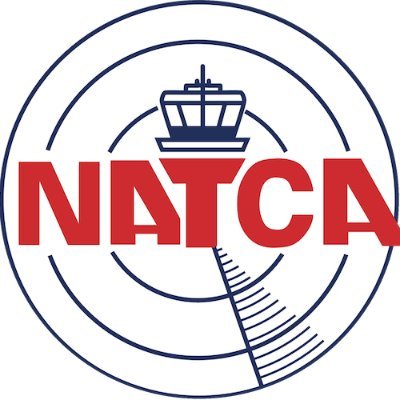 Nigeria’s airspace has been considered largely unsafe given obsolete and deplorable control towers across the country.

Traffic Controllers under the aegis of National Air Traffic Controllers Association, (NATCA), who issued the warning said they have been operating with obsolete tools including the deplorable state of many of the control towers across the nation which they say could hamper air safety.

The group also lamented what it described as poor radio communication frequency between pilot and air traffic controllers during flight operation.

Communication facilities were also an issue as the controllers were currently grappling with terrestrial frequency communication among others.

President, NATCA, Yomi Agoro, revealed to the media that many control towers like the ones in Kaduna, Katsina, Sokoto Calabar and elsewhere do not have chairs for controllers to sit and do their jobs, washrooms and in some cases leaking roofs and the personnel have to use umbrellas to protect them from the rain and sun.

He disclosed that controllers were still battling with terrestrial radio frequency, communication that comes on and off during flight operations, stressing that, “There is no airport you will go to today that you would say things are working 80 per cent”.

“Calabar is in a serious deplorable state, even though we heard the management is looking to put things in order”.

“In Katsina, you have a one man watch and there is no facility for him to go and ease himself. He is a human being, just to urinate, are we saying he is going to get a bottle to urinate? Or descend the tower? If he descends, he is in breach of his professional ethics. So, what do you expect that person to do? All these are verifiable; these are facts that are there. Also, you mentioned Kano, Kano has a fine building and that is all. The facilities inside unfortunately is a failure”.

He explained that even buildings called control towers were not really towers but watch rooms meant for other aviation personnel where ATCs have to manage to ensure safe air navigation.

“As I am talking to you now, some airports do not even have functioning equipment. Even in Kaduna we are talking about, Kaduna does not have a control tower. What they are using there is a watch room (for fire fighters), which is not built for that purpose and we have been calling on the government to do something. We go to Sokoto, once it rains today, controllers will go to look for umbrellas to sit at the control tower.

“Some of the control towers attached to the terminal buildings were ceded to FAAN, while those standing alone were with NAMA, but we have approached the two organizations. The lift too, NAMA will be waiting for FAAN to put it in order, FAAN will say “is it our staff that are working there and that is simply due to bureaucracy and you now discover controllers will continue to suffer”.

“We  are still battling with terrestrial radio frequency, communication here and there. Calabar is there; there is no airport you will go to today that you would say things are working 80 per cent”.

To compound the problem, he condemned the recruitment of persons whom he said were not qualified or fit for the ATC job by the Human Resources in Nigerian Airspace Management Agency (NAMA), saying there was no due process in the recruitment exercise.

He alleged that NAMA’s Human Resources Directorate hijacked the process to bring people from a particular area of the country, a development he described as inimical to air safety and can dampen the morale of other ATCs.

“To be an ATC,, there are two critical things there: your technical knowledge and your fair attitude. But, we find it so disheartening to hear that NAMA has arranged a recruitment exercise in which we, as an associate, are not even aware of it.

“The recruitment of ATCs has a due process to follow. First, you place an advert and where you don’t place, you ensure that you make the information go round as much as possible, so that people can apply. Then, they will now go for what we call technical evaluation and other assessments. From there, you select the best of them. In this case, we only heard that 40 people were shortlisted. Who are these people?”

He added, “The issue is that the recruitment is not transparent and does not follow due process and moreover let me also say, the number of air traffic controllers we need to shore up the gap is not that 40, if they really want to address that it should be a nationwide thing, for now the number of ATCs we have is far less than 400 and by this year to next year quite a number of our senior ATCs will be retiring”.

The body pleaded that concerned stakeholders verify their claims as they were in dare need of improvement in the safety of air navigation.

How ECOBank Is Driving Entrepreneurship With Agency Banking