Reps Begins Investigation Into Use Of Aviation Intervention Fund 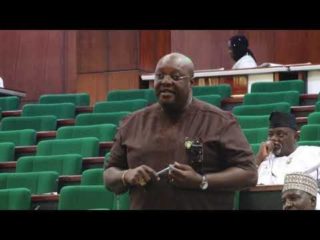 Aviation stakeholders complain on the seeming disparity and lopsided disbursement of COVID-19 intervention fund made for the aviation sector has prompted the House of Representatives to dig deep into alleged discrepancies in disbursement.

The House has resolved to investigate complaints by airline operators and other stakeholders on the handling of the COVID-19 intervention fund by the Ministry of Aviation.

The Chairman, Reps Committee on Aviation, Rep. Nnolim Nnaji, in a statement on Monday, March 29, said that the concerns raised by aviation stakeholders regarding the matter were too weighty to be ignored.

The lawmaker disclosed that the committee had resolved to demand from the ministry; the detailed disbursement of the intervention fund to save the industry from any unforeseen incidents.

“The essence is not to witch-hunt anybody but to clear every doubt over the disbursements. We want to know the detailed disbursements, airline by airline, the parastatals under the ministry, and other organisations.

“The Committee was quite aware of the challenges facing the industry due to the COVID-19 impact and the genuine concerns expressed by its Minister, Sen. Hadi Sirika, on the need for Federal Government’s palliative to the industry.

“Some airline operators, have, however, complained that despite being asked to submit their details which they did, up to date, there has been no response from the ministry.

“There were also allegations that the ministry carried out selective disbursements and that the exercise lacked transparency,” he said.

Nnaji assured that though the Reps had already adjourned for the Easter holidays; the Committee would cut short its break to look into the matter; because of the critical role of aviation in the overall economy of the country.

Buhari Off To UK For Medical Check-Up