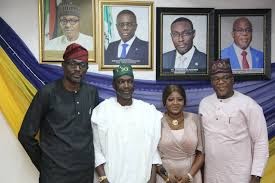 Lagos residents, communities leaders and other stakeholders have urged the Lagos State Government to enforce a total ban on the operation of motorcycles known as “Okada” to further improve safety and security in the state.

This is contained in a communique signed by the Commissioner for Information, Lagos State, Mr Gbenga Omotosho, and issued on Tuesday in Lagos following a stakeholders forum organised to review the ban placed on commercial motorcycles.

The News Agency of Nigeria (NAN) reports that the Lagos State Government had on June 1, 2022, placed a ban on commercial motorcycles operations in six local government areas.

The communique said that the forum was to determine the status of the ban and establish the effectiveness of enforcement among other related issues.

It said that the discussants and stakeholders were also expected to establish the effects of the ban on road accidents, security and compliance by the banned operators.

The communique explained that at the end of the deliberations, stakeholders agreed that

the enforcement of the ban on “Okada” should be sustained to ensure that the gains of the ban were not reversed.

It said that pockets of motorcycle riders were still found operating on forbidden routes, especially the highways, and should be arrested and made to face the consequences of their actions.

The communique added that the military and the police should sustain their partnership with the State Government to ensure that their officers apprehended those flouting the ban in the specified Local Governments and Local Council Development Areas.

According to the communique, any “Okada” rider found flouting the law and attacking law enforcement officers or agents should be made to face the full wrath of the law.

It added that cutting-edge technology (streetlights, CCTV, and drones) should be deployed to monitor traffic incidents and enhance security across the state.

The communique said that communities, as well as traditional and religious leaders should be more involved in intelligence gathering on security of their domains across the state.(NAN).