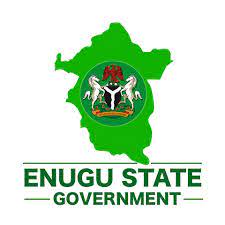 The Enugu State Local Government Pensions Board has charged council chairmen to be alive to their responsibility in the payment of pensions and gratuities to retired primary school teachers.

Ogbodo gave the charge on Wednesday in Enugu, while briefing newsmen on issues bordering on pensions and gratuities in the state.
He dismissed the alleged claim by the retirees that government was deliberately denying them their statutory rights.
He argued that the payment of primary school teachers was the sole responsibility of the local governments.
Ogbodo admitted that many pensioners were owed arrears of pension.
He, however, gave assurance that the arrears would soon be cleared.
He denied being aware that the retirees were being asked to pay some money for their gratuities to be processed.
He vowed to investigate the matter, warning that anybody found culpable would be severely punished.
He further asked the pensioners not to hesitate to report any sharp practices directly to him.
He promised that any case brought to him would not be treated with kid gloves.
He said that Gov. Ifeanyi Ugwuanyi had consistently ensured that the welfare of retirees in the state was given priority.
He said that the administration inherited 14 years backlog of unpaid pensions and gratuities from previous administrations.
According to him, previous administrations did nothing to address the plight of the pensioners.
Ogbodo said the development turned out to become a huge burden for the present administration.
“But this administration has continued to ensure that the welfare and pensions of the retired teachers are given adequate attention,” he said.
The News Agency of Nigeria (NAN) reports that the retirees had persistently accused the state government of deliberately refusing to pay their pensions and gratuities.
They described the development as government’s insensitivity, adding that it had worsened their plight. (NAN)