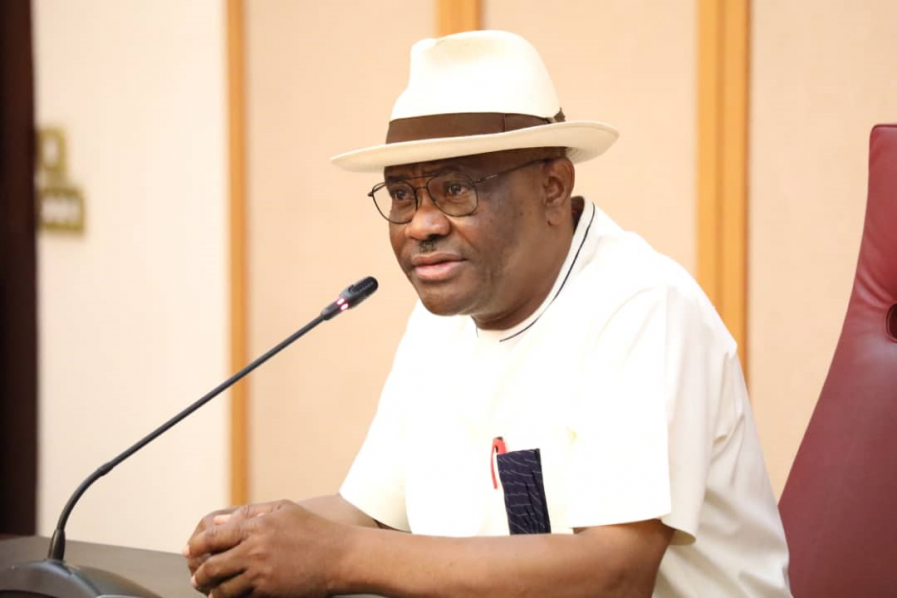 Rivers State Government responding to bandits attack especially on security operatives has announced a curfew from 8 p.m. to 6 a.m. at all entry and exit points with neighbouring states of Abia, Akwa Ibom, Bayelsa, and Imo.

The State Governor, Nyesom Wike, announced in a state broadcast on Tuesday, April 27, that the curfew, which will take effect from Wednesday night; was necessitated by recent security breaches and deadly attacks.

“The Government of Rivers State has decided to restrict night movements; in and out of the state from the land borders of the state.

“Consequently, a night curfew is hereby imposed and no person or vehicle is allowed in and out of Rivers State from 8.00 p.m. to 6.00 a.m. from Wednesday, 28 April until further notice.

“We wish to advise that those who have any legitimate need or reason to come into or go out of the State must do so before 8.00 p.m. when the curfew shall come into force daily,” the Governor said.

He stated that security agencies had been posted to monitor and enforce strict compliance; with the curfew at all borders, entry, and exit points with Abia, Akwa Ibom, Bayelsa and Imo states.

Wike said on April 24, innocent officers of Customs, Police, and Civil Defence on duty along the Port Harcourt – Owerri expressway; were ambushed and also gruesomely murdered in cold blood by armed attackers.

“Similarly on Sunday, the state witnessed another deadly attack and killing of officers and men of the Nigerian Army; right at Abua town in Abua Odual Local Government Area,” he said.

Wike stated that the security agencies were investigating these attacks with a view to bringing the perpetrators to justice; also expressing that nobody knew where and when the next attack would take place.

“Neither do we also know the motives of the deranged characters or groups behind these senseless assaults on our state; and the lives of security operatives working to keep us safe and secure.

“However, what is obvious is that the attackers and their sponsors are people who came from outside Rivers State.

“As a government, we are determined to doing everything within our powers to prevent re-occurrence of such murderous acts; aimed at creating an atmosphere of gross insecurity and panic among citizens,” he said.

The governor urged all citizens of the state to be vigilant; and also report every useful intelligence or suspicious movement to the security agencies for immediate action.

Oriental News Nigeria, reports that four Nigerian soldiers were killed on Sunday by suspected IPOB gunmen in a community in Rivers State.

The attack occurred at about 11:30 p.m. in a hotel, Edibe Hotel, in Abua-Odual Local Government Area of the state where the soldiers, attached to an oil company, Starling Global Ltd, were on an escort duty, a source familiar with the incident told PREMIUM TIMES, Monday.

The soldiers were drawn from 16 Brigade Garrison, 6 Division, in Port Harcourt, Rivers State.

One of the soldiers sustained gunshot wounds, while five others were unhurt in the attack which the source said took the soldiers by surprise.

The gunmen are alleged  to be members of IPOB, a pro-Biafra group that has been proscribed by the Nigerian government.

The suspected IPOB  gunmen, during the attack,  stole five rifles and a pick-up truck belonging to the Nigerian Army.

The chief security officer of Starling Global Ltd is said to be missing since after the attack.

Nigeria Is 3rd Worst Governed Nation In The World- Report