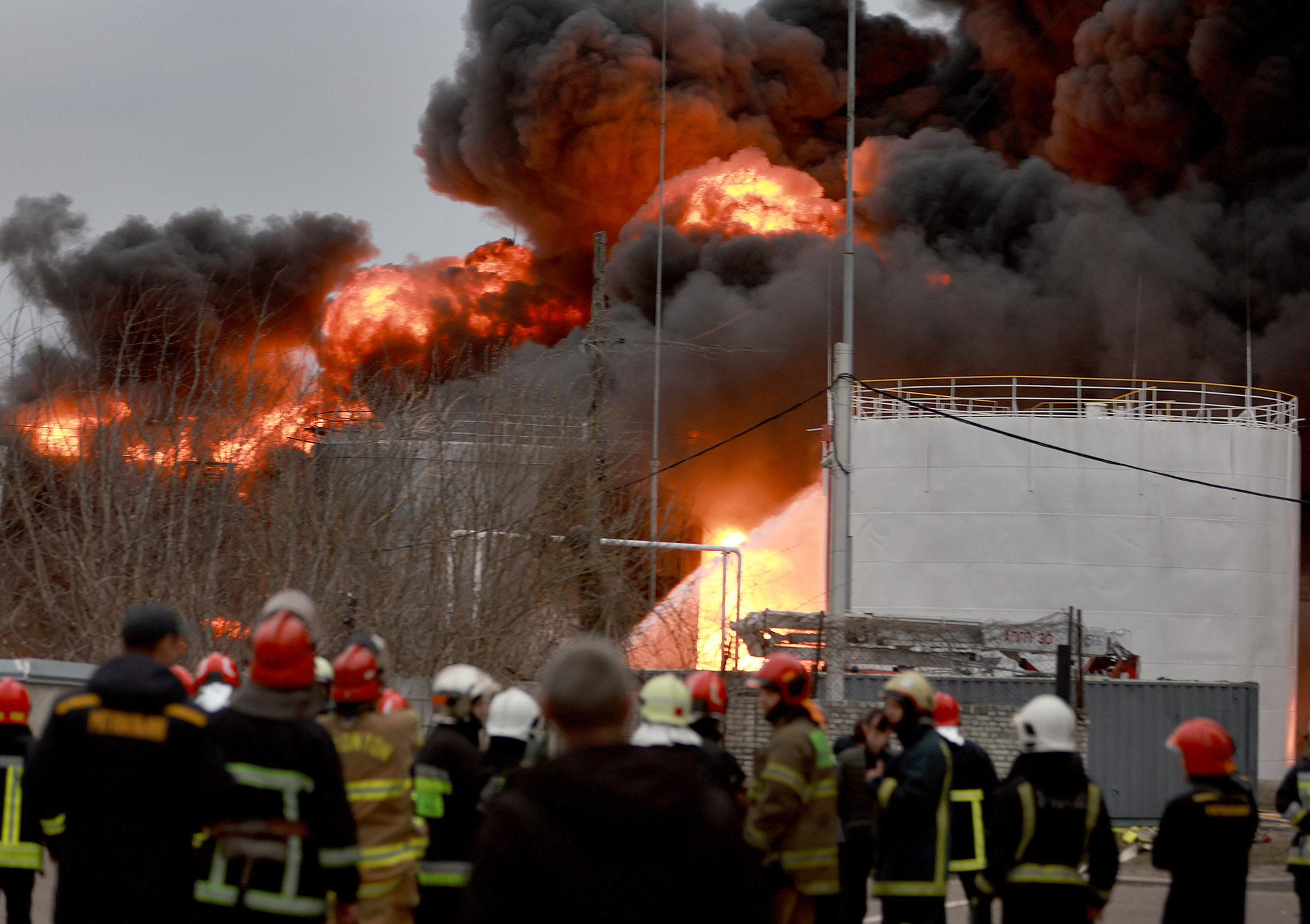 Talks between Russia and Ukraine failed to reach agreement on a cease-fire, but offered a potential pathway to a first meeting between Vladimir Putin and Volodymyr Zelenskiy since the Russian president launched the war.

Zelenskiy has repeatedly called for direct talks with Putin to end the conflict, to no avail. Yet significant hurdles remain to any agreement that could end the bloodshed, since each has very different ideas what a settlement would look like.

Speaking in Istanbul on Tuesday, Ukraine’s negotiators said that they were seeking security guarantees for areas outside of Russian-controlled Crimea and separatist-held territories, in an apparent concession to Moscow aimed at clearing the way for direct talks at presidential level.

Russia responded with an announcement that it was cutting military activity near Kyiv and the city of Chernihiv. Still, Russia’s advance on the capital was already stalled, and previous efforts at diplomacy and overtures such as humanitarian corridors have yielded little or fallen apart.

Stocks jumped and oil fell on signs of optimism emerging from the first round of face-to-face negotiations in more than three weeks. However, the political response was skeptical.

“There is what Russia says and there is what Russia does; we’re focused on the latter,” U.S. Secretary of State Antony Blinken told reporters in Morocco after the talks ended. “We have not seen signs of real seriousness” from Russia toward de-escalating its war, he said.

The fighting continued as negotiators met in Istanbul for talks hosted by Turkish President Recep Tayyip Erdogan, and sirens were heard across Ukraine as the delegations briefed reporters once they broke up.

Ukrainian negotiator Mykhailo Podolyak said that Kyiv has offered to discuss the status of Crimea, which was seized by Russia in 2014 and has been occupied ever since.

Ukraine offers an agreement to Russia that “the sides will resolve issues linked to Crimea and the city of Sevastopol though bilateral negotiations,” he told reporters. His fellow negotiator, David Arakhamiya, said that both sides had “worked out enough documents” for a meeting between both presidents.

Chief Russian negotiator Vladimir Medinsky said that Moscow would take steps to de-escalate militarily and politically. He added that Ukraine had presented a clear position that would be passed on promptly to Putin for a response.

Russia is willing to offer a presidential meeting at the same time as foreign ministers meet to initial a preliminary deal, Medinsky said. “Thus, assuming quick work on an agreement and finding the necessary compromise, the possibility of attaining peace will become much closer,” he said in televised comments.

Saying talks “are entering the practical plane,” Deputy Defense Minister Alexander Fomin said Russia would “radically” cut military operations in the Kyiv and Chernihiv areas in an effort to “raise mutual trust and create the necessary conditions for conducting further talks and attaining the ultimate goal of reaching agreement.”

European stocks and U.S. equity futures climbed while benchmark West Texas Intermediate oil dropped below $100 a barrel on signs of a potential breakthrough after more than a month of intense fighting following Russia’s invasion of Ukraine.

Still, the negotiators failed to agree on either a temporary cease-fire — the minimum stated goal of the Ukraine side — or on humanitarian corridors. Ukraine’s offer to discuss Crimea was over a period of 15 years, and it is approaching the issue having ceded control of the peninsula eight years ago.

Even Moscow’s announcement of de-escalation was tempered by prior reports of Russian pullouts and Ukrainian claims that it was retaking Russian-captured towns in the same areas, casting doubt on whether Russia is serious about negotiating this time.

Russian troops shelled the town of Starokostyantyniv, to the west from Kyiv, destroying all fuel stores, its mayor said Tuesday. It also hit two fuel depots in the western region of Rivne. Earlier, Russian troops shelled a local authority building in Mykolaiv, killing at least seven people and wounding 22.

Russia’s statement of cutting back military operations is “just words,” Vadymy Denysenko, an adviser to the interior minister, said in a televised interview. Russian shelling is ongoing near Irpin, a Kyiv suburb, and in Chernihov “the situation is extremely difficult,” he said.

Neither is the question of security guarantees an easy one to resolve. Zelenskiy has previously indicated that Ukraine’s ambitions of joining NATO may be unrealistic, moving in the direction of Putin’s demand that Ukraine become neutral.

But his alternative, that countries such as Turkey and Germany could provide some sort of defensive guarantee, remains vague. NATO allies have refused to commit troops or aircraft to Ukraine, and it’s unclear what their response would be to such a proposal.

Arakhamiya said the accord should be something like Article 5 of NATO, which states that an attack on one member is an attack on them all, with an “even stricter mechanism of activation,” triggering three days of consultations “after which countries must provide aid to us.” Among the guarantors would be UN Security Council members, of which Russia is one.

“We insist that it is an international accord, which will be signed by all guarantors of the security and ratified,” he said. “We want it to be a working international mechanism of concrete security guarantees for Ukraine.”- Bloomberg

COVID-19: US Agency Approves Second Booster Shots For 50 Years Above