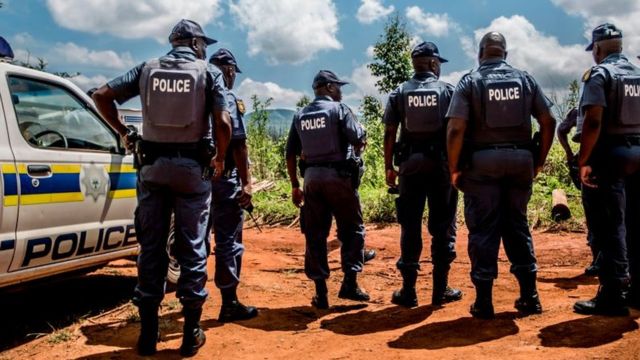 South African police minister Bheki Cele said on Monday that the police discovered more than 130 empty cartridges of AK47 at the scene of Sunday’s random shooting in Johannesburg, where 15 people were killed and eight people injured.

This means the assailants meant “business of killing,” he told community members and media outside the tavern where the shooting happened.

A group of men armed with rifles and 9mm pistols entered the tavern in an informal settlement in Soweto at around 12:30 a.m. local time on Sunday and started shooting randomly at customers who were sitting inside.

The shooters killed 12 people on the scene and injured 11 others, while three people succumbed to injuries later, the South African police said on Sunday.

Cele said he intended to deploy more police to patrol and search for people with illegal firearms in the local community.

He added that the discovery “speaks volumes about the proliferation of illegal firearms in the community.”

“Those who have illegal firearms should hand them over to the police before we take them,” he said, adding that there would be more efficient police deployment and greater police accessibility in the area.

The motive of the shooting remains unclear. (Xinhua/NAN)