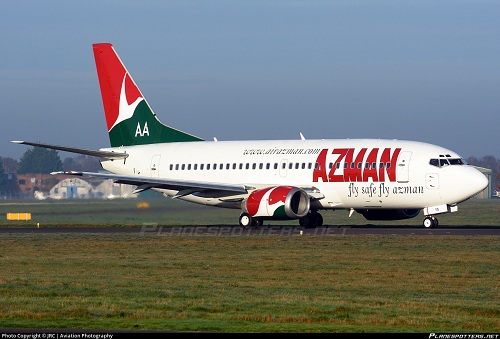 The Director-General of the Nigeria Civil Aviation Authority (NCAA), Captain Musa Nuhu, has said that the major reason for asking Azman Airlines to suspend operations was in public interest as it borders on safety.

Nuhu, said the decision was taken after thorough audit that indicted the carrier over safety issues was not personal, but done in the overall interest of the industry.

The DG, disclosed that what happened to the airline was not a punitive measure, but the regulatory body’s responsibility and duty to guide and work with the operators and assist them to ensure they are in compliance with regulations.

On the airlines key post holders, who were found wanting during the audit, Captain Nuhu admitted the regulators erred, but as DG, he saw the problem and is rectifying it.

He said: ”Yes its true, these people (management team) come through NCAA. We have what is called management key post holders that need to meet certain requirements before they are approved, but I don’t know what happened, they were approved, I came and I met them, but I think it is my responsibility as DG when I see something wrong to rectify it, which is what we are working to rectify.

According to the director general, the airline is responding to the corrective action plan that followed the regulator’s audit, stressing that the airline would come out better for it and that NCAA too had learned from the incident and would improve on all perceived deficiencies.

He said: “I must tell you the response from Azman in the last couple of times is very encouraging and very positive and they are taking our advice, now they understand and it is even better for them as it will improve their business modem and I have seen a shift. I can guarantee you by the time Azman complies, the public will see a different Azman that is our whole purpose.

Nuhu also cautioned on the kinds of statements released in the industry, stressing that they had far-reaching effect, not just against NCAA as an organisation, but Nigeria as a country, as actions like that impugn the country and makes everything difficult for all.

He said: “Though we’ve had issues with some airlines, they came, we sat with them and resolved the issues, nobody heard us.

But unfortunately in this particular case when somebody goes to the public and impugns the credibility of an organisation, we need to defend our actions as an organisation, and what I want you to understand is that it’s not my person, it’s not the DG and it’s not NCAA; its Nigeria’s reputation that is being damaged on the international space.

“Understand, if NCAA is somehow perceived as a corrupt organisation, it means all the operators, all the aviation businesses will find it difficult to charter aircraft and it makes the whole business much more difficult for us.

That is why we had to come out and tell the world, this is not a vendetta: A, B, C, D happened and if you put the evidence together you can see the accident chain is forming and then somebody has to take an axe and break that chain and that is exactly what we did.”

Speaking on his ability to do his job without external influence, Nuhu said: “Honestly, I will tell you something, quote me, the support I get from the government, short of the minister coming here and sitting down as DG NCAA, nobody in government has ever called me and asked me to reverse my decision, nobody,” he noted.