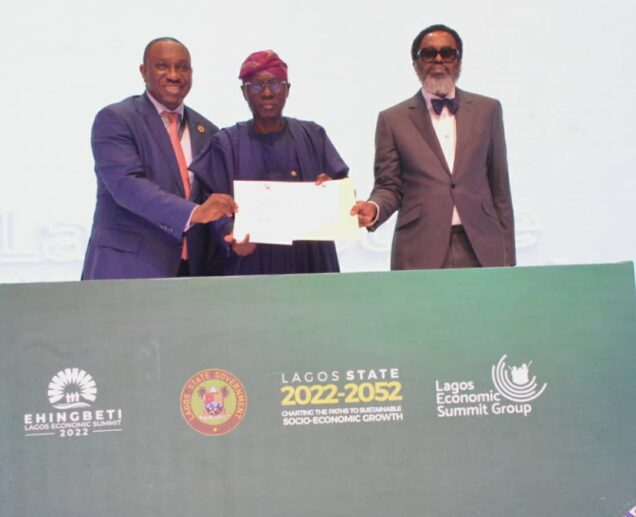 Lagos State Governor, Mr. Babajide Sanwo-Olu on Wednesday kicked off his campaign at the Ninth Ehingbeti Summit in Lagos, saying he is the best among the governorship candidates in the State based on his administration’s track records in the last three and half years in line with the THEMES developmental agenda for Greater Lagos.

He described some of those contesting against him in the March 11, 2023 governorship election in Lagos State as ‘noisemakers’, noting that when it’s time, men would be separated from toddlers.

Sanwo-Olu spoke at the Closing Ceremony of the Ninth Ehingbeti Summit held at the Eko Hotels and Suites, Victoria Island Lagos on Wednesday.

Speaking on the 2023 governorship elections in Lagos State Governor Sanwo-Olu said he believed the people of Lagos State will do the right thing in next year’s election by re-electing him.

He said: “Today is the day that INEC officially flagged off campaigns for governorship and House of Assembly elections. And there is no better time for me to do my official flag-off than at an economic summit like this where we are talking about our city, our people and Greater Lagos. What we are talking about is real; people can feel and they can see it.

“Some people can come here to claim anything. Some candidates would go about and make a lot of noise. They don’t even know what governance is all about. We have done a lot and people can feel it. People know this is a government that works for them.

” It is not about us; it is really to create that enabling environment for them (the citizens) to do well. Lagos State has witnessed prosperity in the last three and half years even in the COVID environment and that is the trajectory in which we want to continue. So, tell the noisemakers that after the noise, there would be calm and Lagosians will truly understand what we are talking about.”

“I know there are a lot of other people that are out and shouting. Let them shout but after the shouting, there would be calmness because indeed you Lagosians know the right thing to do. And you will do the right thing by voting for us and re-elect us to continue with the great work that we’re doing.”