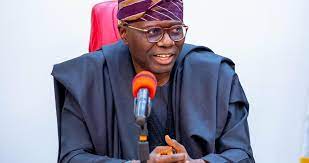 The Lagos State Government has been flooded with complaints over the untidy activities of the Landed Properties Special Operations Team under the Lagos State Building Control Agency (LABSCA), which is under the Ministry of Physical Planning.

After a careful examination of these complaints from well meaning Lagosians, Governor Babajide Sanwo-Olu has directed that the team, led by Engineer Peter Omotosho, be disbanded immediately.

This is part of the steps the administration is taking towards repositioning the ministry and its agencies for better services to the public.

It will be illegal to carry out any action in the name of the team until a new rebranded team is reconstituted.

Anybody who flouts this directive will face severe consequences of his/her action, the Governor warned.