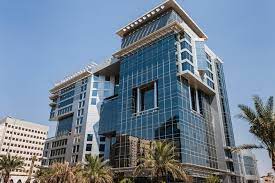 Major Saudi-listed insurers saw their shares decline at the end of Sunday’s closing bell after reporting mixed earnings for the first half of the year in their announcements on Sunday, according to a report by the Saudi Stock Exchange.

Shares of the Mediterranean and Gulf Insurance and Reinsurance Co. declined 4.29 percent, after it disclosed that it turned into losses of SR131 million ($35 million) during the first half of 2022.

Also known as MEDGULF blamed the losses on an 87 percent decrease in net underwriting, and a 20 percent increase in net claims.

This was partially offset by the rise in shareholders’ investment income by 156 percent resulting from the realized gain on investments available for sale.

MEDGULF accumulated losses reached SR281 million during the first half, representing 27 percent of the company’s capital.

In a separate announcement, Saudi Reinsurance Co.’s net profit before Zakat dipped 62 percent to SR14 million in the first half of 2022 compared with SR36 million the previous year.

Saudi Re’s lower figures were hit primarily by currency revaluation-related unrealized losses and a decline in net investments, it said.

In a different direction, Gulf Union Alahlia Cooperative Insurance Co. said its first-half losses narrowed by 82 percent to SR19 million as a result of lower net claims; however, its shares fell 0.31 percent by the end of trading.

Union Alahlia managed to decrease its net claims by 47 percent during the first half of the year to SR168 million.

Shares of SABB Takaful Co. increased 1.86 percent, following a 15 percent profit increase to SR5.6 million for the first half of the year, up from SR4.9 million in the same period last year.

The insurer credited the growth to an increase in net contributions of SR34.9 million, along with SR3 million in fees, commissions, and other underwriting income.

SABB Takaful revealed that its cumulative losses amounted to SR61 million by the end of the six-month period, representing 18 percent of capital.