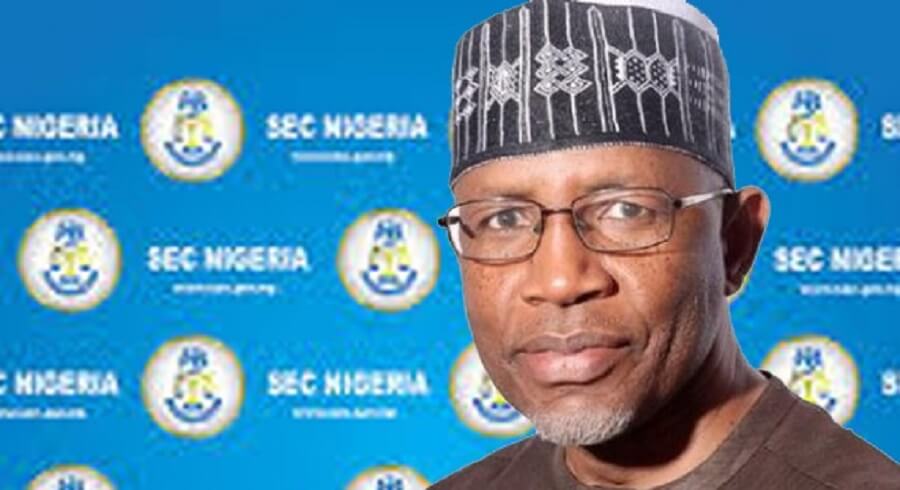 The Securities and Exchange Commission, SEC, has called for strong synergy among relevant sectors of the economy to key into the Federal Government economic diversification initiative.

The Director General, DG, of the Commission, Lamido Yuguda, who made the call noted that the country is overwhelmed and over burdened by several economic and social challenges.

According to Yuguda, Nigeria is facing some of its most daunting challenges in recent times, including: Rising inflation, currently at a 17-year high of 19.64%; Declining government revenues arising from crude oil production challenges and Premium Motor Spirit (PMS) subsidy deductions; Concerns around the 33% current rate of unemployment; and Massive infrastructure deficit and resultant decline in productivity.

The Director General, who stated this at the 26th Annual Stockbroker’s Conference with the theme “Capital market and agricultural development in Nigeria: Issues and the way forward held in Benin Thursday, said for Nigeria to successfully address these challenges, all must make conscious efforts to fully diversify the revenue base of the economy.

Yuguda, noted that as the country pursues policies aimed at diversifying the economy, creating jobs and hastening socio-economic development, agriculture has been identified as capable of playing a crucial role in actualizing these lofty objectives.

The DG said the theme of this year’s conference, ‘Capital Market and Agricultural Development in Nigeria: Issues and way forward’ could not have come at a better time than now as it showcases the important role the capital market can play in harnessing resources for our nation’s agricultural development.

According to him, “The fact that over 70% of the Nigerian populace depends on agriculture as a means of livelihood, mainly at subsistence level, calls for deliberate policies and action plans towards expanding the sector.

The SEC DG said the Commission has been working closely with the Standards Organization of Nigeria (SON) for the actualization of a vibrant commodities ecosystem with key focus on deepening the Agricultural Sector by developing a grading and standardization system that will align with International best practice, which is an important precursor in achieving vibrancy in agricultural and other commodities markets.

The Commodities Trading Ecosystem Roadmap he said,  would ensure compliance with established grades and standards, reduce the proliferation of sub-standard agricultural commodities in the markets, and encourage global acceptance of commodities produced in Nigeria, among other benefits.

Yuguda added that the Conference provides an opportunity to discuss financing challenges in the Agricultural Sector and to proffer workable solutions for long-term value creation and sustainable growth.

In his address, the Governor of Edo State, Mr. Godwin Obaseki described the theme as very apt as it resonates with the efforts of the State government to open up the state’s agricultural sector for private investment.

According to him “Nigeria’s economic growth is hinged on a vibrant private sector, which is propped by a thriving capital market. With the recent shocks witnessed in the country as a result of uncertainties in the global market, such as the Russia-Ukraine war, and fluctuations in oil prices. It would take an innovative mix of financing options to engender sustainable growth within the local economy. It is for this reason that discourse such as these are important to provide insight and direction in the diversification of the economy.

Represented by Head of Service Edo State, Mr. Anthony Okungbowa, Obaseki said stockbrokers play a critical role in directing the flow of investment into various sectors of the economy and urged them to consider the impact the increased investment in the oil palm sector can make in rejuvenating the Nigerian economy bearing in mind that cash crops such as oil palm, rubber and timber among others were mainstay of our economy at a time.

He therefore called on Nigerians to look inwards in the quest to diversify the economy as nation with the Edo example standing as a litmus test.’’

President and Chairman of Council, Chartered Institute of Stockbrokers, Mr. Oluwole Adeosun in his remarks, urged the Federal Government to revisit the issue of Capital Gains Tax and restore the exemption of Nigerian equities that lapsed last year.

He said that exemption granted in 2012 was a particularly important action by the Federal Government of Nigeria which helped to bring a reasonable level of stability to our fledgling market. We are not yet out of the woods, so the market is not yet ripe for Capital Gains Tax.

Adeosun said the Capital Market plays a pivotal role in the economy of any nation, especially as both governments and organisations at various levels harness it to mobilize long-term capital for their broad and varying needs, making people with ideas become entrepreneurs and helping small businesses grow into big companies.

“Likewise, it is an avenue for wealth creation and distribution, since individuals, corporates, and governments at various levels, can participate in the fortune making and distribution, as they provide us with opportunities to save and invest for our futures. Agriculture is a medium/long-term investment, and the capital market is a market to raise long-term capital.

“It is therefore extremely critical for all stakeholders who desire to maximise the full benefits of agriculture which include, but not limited to, providing food security, generating foreign exchange, and youth employment, to understand that the capital market should be the major source of agricultural funding” he added.