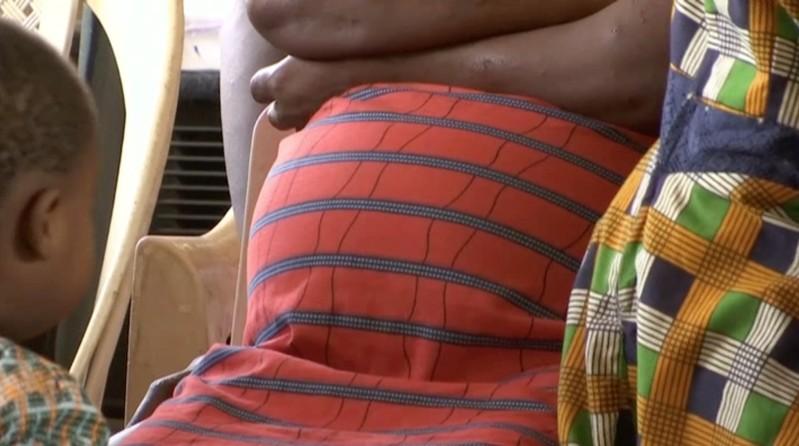 Kellu became pregnant after a Nigerian soldier offered her food and shelter in exchange for sex. But the destitute teenager – who lost her family when Boko Haram militants attacked her village two years earlier – did not want to have the baby.

After moving to a camp for displaced people in northeastern Borno state, where she relied on neighbours for food, 18-year-old Kellu wanted an abortion but did not know where to go – like a growing number of women since the Islamist insurgency began.

“If I continue with this pregnancy, it will ruin my life,” Kellu, who guessed she was about two months pregnant, told the Thomson Reuters Foundation, sitting on a mat in a building pock-marked with bullet holes.

“Everyone will know what I did. They will stigmatise me for having a baby without a husband. Also, I have no money to take care of myself. How am I supposed to look after a child?” asked Kellu, who declined to publish her real name.

Nigeria has some of the world’s most restrictive abortion laws, which only allow abortion to save the life of the mother.

The Johns Hopkins University estimates that 2.7 million abortions are carried out in Nigeria each year, the majority performed secretly and in dangerous conditions, with poor, uneducated women most at risk.

Health and aid workers say unsafe abortions have surged in northern Nigeria since the start of the Boko Haram conflict in 2009, which has driven 1.8 million Nigerians from their homes, according to the United Nations.

At least 40 women and girls come in for emergency post-abortion care each month, said Aminu, a senior nurse in a busy government clinic in Yobe state – west of Borno state – about three times the average of 10 to 15 a month a decade earlier.

Nigeria has the fourth highest maternal mortality rate globally, according to the World Health Organization, with about 100 women and girls dying each day.

Death rates in the northeast – where clinics and hospitals have been destroyed as armed groups fight to create an Islamic caliphate – are the worst in Nigeria, government data shows.

Women and girls go to pharmacies, vendors of locally made drugs and older women to terminate pregnancies, using medication, herbs or tools like sticks, Aminu said.

Fatima, is was in her 40s, went to an aunt who gave her herbs that caused a miscarriage in a few hours.

“It wasn’t a choice, I had to end it,” said Fatima, who declined to publish her real name, who was raising five children and four grandchildren in a displaced camp in Borno state.

“Men say it’s immorality. But they are not the ones who have to give birth and look after the babies. When your children are telling you they are hungry, how can you have another one?” she asked, adding foetuses are often found in the camp’s toilets.

“Regardless of circumstances, abortion is prohibited except for medical reasons,” said Ali Grema, deputy director of emergency medical response in the health ministry in Borno state. “It is not allowed for social reasons.”

With many husbands missing, detained or dead, more women are having sex outside marriage, aid workers said.

While some women choose to get into new relationships, the United Nations has recorded thousands of cases of sexual violence and transactional sex, particularly by women and girls who lack food, shelter or money.

“Many people who are displaced live with hosts who take advantage of them. If they say no, they may lose their housing,” said Maryam Aje, head of the African Youth for Peace Development and Empowerment Foundation, which gives women business grants.

Pointing to a poster in a Maiduguri camp encouraging women to space their children, Hadiza – a nurse working in a nearby clinic – said family planning messages focused on married women because of conservative attitudes.

“Women will ask for contraception but they don’t want husbands to know,” said Hadiza, who declined to publish her real name. “(They) come at night, when nobody is around.”

Hadiza said she often received calls or visits from young women after working hours, asking for the morning-after pill.

“It’s better to prevent such pregnancies than try and deal with them when they happen,” she said.

Many girls do not even know sex can make them pregnant, said Lucy Dlama of Women in New Nigeria, which supports rape survivors with health care.

“Our culture means it is taboo for parents to discuss sex education with their daughters,” said Dlama, who encourages mothers to teach girls about their bodies. “They can think it is stomach pain, give birth and then panic.”

Aminu, the nurse, said most of his patients needing post-abortion care were teenagers who tried to abort after several months because they did not know they were pregnant or hid it.

“They do not die if we admit them to hospital,” he said. “But there are so many more cases where women and girls take herbs on their own, do not come to the hospital and die because they do not want to expose themselves.”

Pregnancy outside marriage is a taboo, even when it is the result of rape by soldiers, militias or camp officials.

“They consider you to be a whore and your child to be a bastard. You have spoiled your family name,” Aminu said.

Another factor is a decades-old U.S. government policy, known as the global “gag rule” and reinstated by President Donald Trump in 2017, barring clinics that receive federal funds from talking to patients about abortion.

“We see young girls and women requesting abortion,” said one aid worker who worked to support health clinics across Borno state and spoke on condition of anonymity.

“But we are constrained by concerns about legal risks, community reactions and by our U.S. funding which prohibits us from providing abortion information or services.”

“If the hospital will not help, she will go elsewhere – even if it is unsafe. We bury our heads in the sand and women continue to die,” she said.