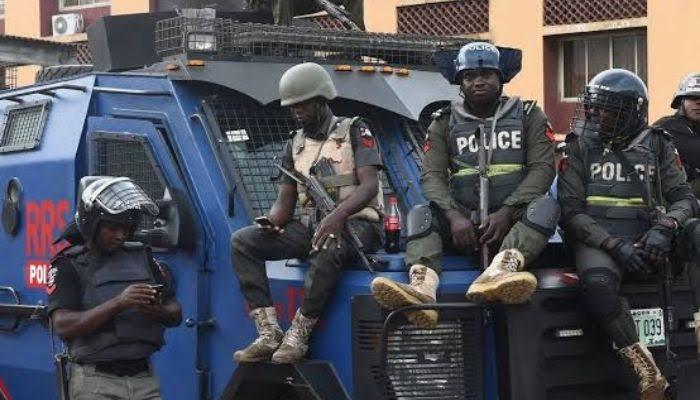 They stated this today in Ado Ekiti when the NYSC Director General, Brigadier General Muhammad Kaku Fadah paid them separate courtesy visits ahead of the election.

The GOC described the involvement of Corps Members in the electoral process of the country as a positive contribution to nation building.

He said every stakeholder must ensure that Corps Members thrive in a conducive environment that would enable them contribute their quota to national development.

“We will do our best in whatever way we can, to protect our youth Corps Members”, he said.

General Chibuisi, who described the NYSC as a strong unifying factor in the country added that the Scheme has been fostering national unity through its deployment process.

Speaking further, the GOC also commended the NYSC for posting Corps Members to serve at the division, while he pledged more welfare package and enhanced security.

He added that the deployment of Corps Members outside their states of origin has changed many negative stereotype beliefs among different tribes of the nation.

Also, the Lagos State Director, Department of State Services (DSS), who is coordinating the Ekiti State Gubernatorial election, Mr Sheikh Waziri said Corps Members are on national assignment, and need to be protected by all cost.

“The safety of Corps Members is paramount to the service. We will continue to appeal to them not to compromise standard”, he said.

Mr Kokumo on behalf of the police described the Corps Members as impartial electoral officers that must be given adequate protection.

In a similar vein, the Acting Deputy Commandant General of the Nigeria Security and Civil Defence Corps, Mr Haruna Lawal said, “all Corps Members are safe. We are part of NYSC and NYSC Scheme is part of us. We are at the services of NYSC”, he said.

In all the places visited, General Fadah thanked the security agencies for supporting the Scheme, while he also appealed for continued support even after the elections.

The Director General also made out time to visit Corps Members at their different Registration Area Centres (RACs) in Ado-Ekiti to boost their morale.

He charged them to play by the rules and must not compromise their integrity and the good image of the Scheme.

The Director General disclosed that over 5,000 Corps Members have been trained and will participate in the gubernatorial election tomorrow.