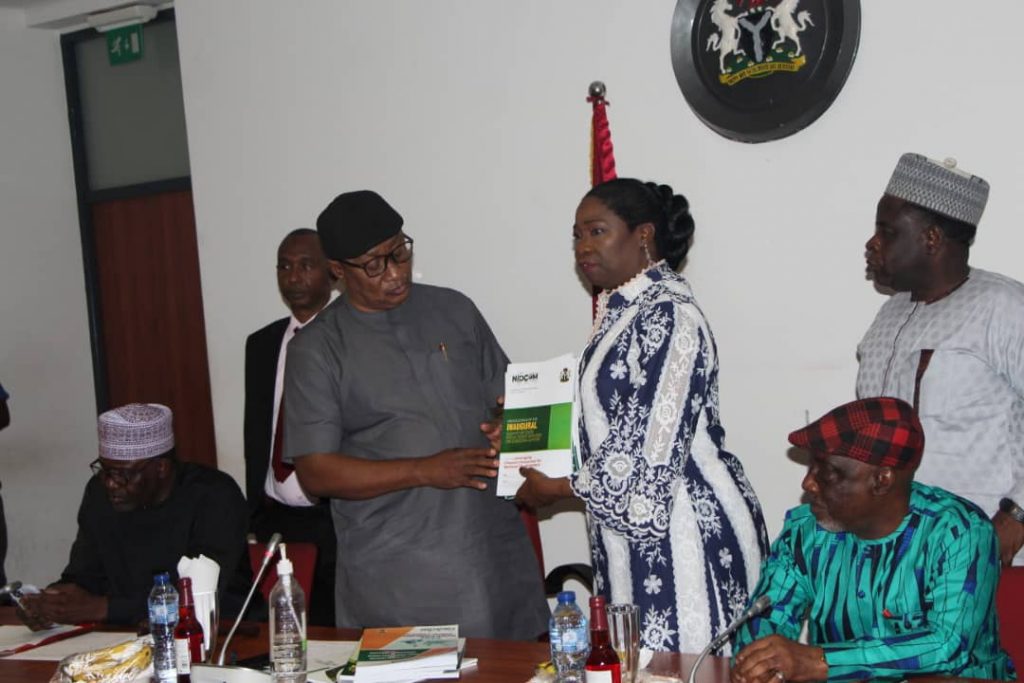 Joseph Bakare
The Chairman Senate Committee on Diaspora ,NGOs and Civil Society, Sen. Michael Ana-Nnachi, has advocated that the Nigerians in Diaspora Commission (NIDCOM), be upgraded to a full Ministry in line with global practices.

He noted that India had to set up a full Ministry for Indians abroad for total inclusion of its diaspora.

The lawmaker alongside his colleagues stated this in Thursday in Abuja during an interactive session held at the National Assembly with the Management of NiDCOM, led by Hon. (Dr) Abike Dabiri-Erewa.

“The volume of your work is huge, you interact more with the grassroot diasporans and with this much responsibilities, this agency should be a full fledged Ministry.” he said.

Ana-Nnachi , who was apparently happy with the activities of the Commission despite paucity of funds, wondered how it has been able to achieve such landmark achievements wthin the shortest period of its establishment.

He, however, advised that more structures be put in place to engage more Diaspora and assure them that their investments are safe back home.

“You should consider having attaché across all embassies, as well as Diaspora Desks since NiDCOM is a grassroot agency”, he stated.

He equally assured that the Senate will revisit the controversial issue of diaspora voting as well as issue of under funding of the Commission.

The lawmaker advised the Commission to come by way of proposing ammendments to the Commission’s Act to capture all the missing links especially on Diaspora remittances.

Hon. Abike Dabiri-Erewa briefed the Committee on the activities of the Commission and pleaded with the Committee for more support especially in the areas of appropriation as the Commission cannot achieve anything with N8 million overhead and N40 million capital yearly so as to meet up with its set-up mandates.

“Our work is being done but there are numerous challenges, we need the support of this committee and we have to be intentional about overcoming them”, she appealed.

Other issues raised by the NIDCOM boss included the just rejected Diaspora Voting Bill, reassured the lawmakers that there was nothing to worry about it as smaller countries in Africa does diaspora voting.

Dabiri-Erewa used the opportunity to reiterate her appeals to Nigerians abroad to be good ambassadors of the country by respecting the laws of their host countries thus creating good image for the country.