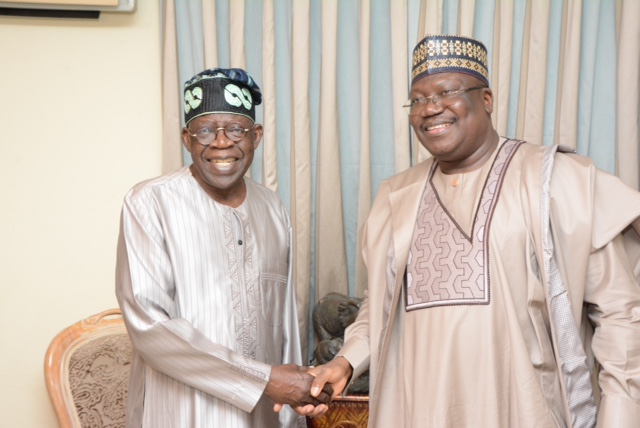 The Senate has said it will not spare any government appointee who failed to discharge his or her duties efficiently.

Speaking on Sunday night when he paid a courtesy call on the All Progressives Congress National Leader, Asiwaju Bola Tinubu, in his Bourdillon, Ikoyi, Lagos residence, the Senate President said performing parliamentary oversight functions well would keep every appointee of the government on his or her toes.

“Whoever is given a job must do it well,” he said, adding, “We will perform our job not to create hostility or engender rancour in the relationship between the National Assembly and the Executive. But to create synergy. Synergy will help us deliver our respective services to the people.”

He, however, assured Nigerians that President Muhammadu Buhari and the government would get every possible support from the National Assembly.

Promising to run a bi-partisan and united Senate, Lawan said the senators had already formed some ideas about what it wanted to do and how they would operate, which would be through cooperation and collaboration with all necessary institutions and agencies.

The Senate President thanked Asiwaju Tinubu and the APC for ensuring the emergence of a united leadership of the National Assembly. He also congratulated Asiwaju Tinubu over the judgment of Supreme Court on Osun election.

While welcoming the Senate president and his team, Asiwaju Tinubu said the stated objectives and determination of the National Assembly to perform their functions dispassionately were good.

He commended Lawan on his resolve to run a bi-partisan Senate, saying though democracy is the best form of government, it remains the most difficult to practise.

On the Supreme Court judgement on Osun, he said the government had cleared all the impediments on the way of Governor Isiaka Adegboyega Oyetola and governance could now begin.

Tinubu said the opposition Peoples Democratic Party had exercised and exhausted its rights and that now is the time to rally round and support the governor.