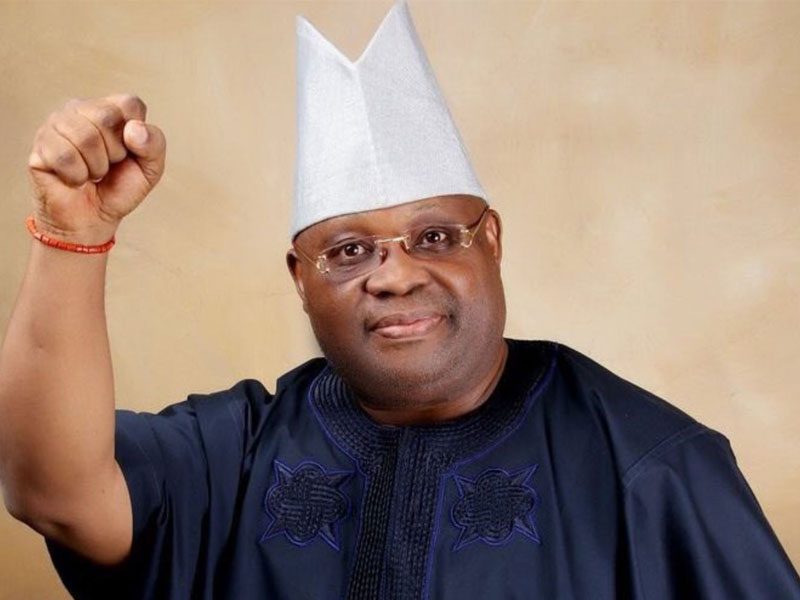 A Governorship aspirant of the Peoples Democratic Party(PDP) in Osun state, Senator Ademola Adeleke has congratulated the newly elected President of Nigeria’s Chapter of International Press Institute (IPI) , Mr Musikilu Mojeed who is also the Editor-in-Chief of Premium Times newspaper.

In a statement he personally signed on Thursday, Adeleke described Mr Mojeed as “a thoroughbred professional who has distinguished himself in the field of journalism , both locally and Internationally”

According to the governorship contender, ” Mr Mojeed is known for his tested exploits in investigative journalism alongside a very high sense of integrity and uprightness. On this well deserved election, I felicitate with Mr Mojeed, a top professional from Osun state ; I rejoice with Kabiyesi, the Oluwo of Iwo and the entire people of Iwoland.

“I want to assure Mr Mojeed and the entire media establishment in Nigeria that if elected candidate of PDP and Governor of Osun State, our administration will ensure media friendly policies and programmes. We will create enabling environment for free press to thrive.

“Specifically , our government will domesticate the Freedom of Information Act in Osun state. We will sponsor an Open Government law as well as launch an Insurance coverage scheme for journalists operating in the state. These cardinal programmes will be the rules of our management with the media”, Senator Adeleke said.

Mojeed, who is from Iwo in Osun State, became the IPI’s new president at the institute’s General Assembly last week. At the meeting in Abuja, he emerged unopposed.