Senegal, Mozambique Ahead Of Nigeria In Gas Investment – AfDB 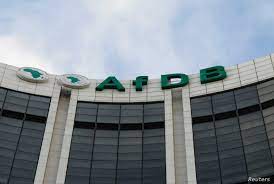 The African Development Bank, AfDB, has seen countries like Senegal and Mozambique growing their economies ahead of Nigeria in 2023 following revenue from gas investments.

The AfDB, said that buoyed by revenues and investment related to large natural gas projects, Mozambique and Senegal will rank among Africa’s fastest growing economies.

Senegal is projected to see its economy grow 10.2 per cent in 2023 with Mozambique expanding 8 per cent next year.

However the Banks says Africa’s two biggest economies, Nigeria and South Africa will remain a drag on continental growth however, with projections of 3.1 per cent and 1.4 per cent respectively for this year.

Average inflation, meanwhile, which last year hit 13.8 per cent the highest rate in more than a decade will ease to 8.8 per cent by 2024.

It said Africa’s economic growth will stabilise at 4 per cent over the next two years, and inflation will slow as the continent rebounds from a pandemic-induced slump and external shocks including the Ukraine war.

While Africa avoided some of the worst health impacts of the COVID-19 pandemic, many countries were hit hard by the economic fallout. And an initial 2021 recovery from the first pandemic shocks was hampered by rising inflation, spiking food prices and tightening global monetary policy last year.

Africa’s gross domestic product growth slowed to 3.8 per cent in 2022 from 4.8 per cent in 2021. But in its Macroeconomic Performance and Outlook published on Thursday, the Bank projected growth will accelerate to 4.0 per cent this year and 3.9 per cent in 2024, outstripping world averages.

“Africa has demonstrated continued resilience,” AfDB President Akinwumi Adesina wrote in a forward to the report. “The top five performing African countries before the COVID-19 pandemic are projected to grow by more than 5.5 per cent.”

The number of African countries in debt distress or at high risk of it has ballooned since the start of the pandemic.