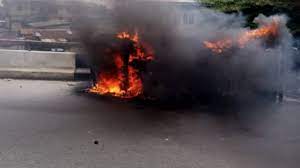 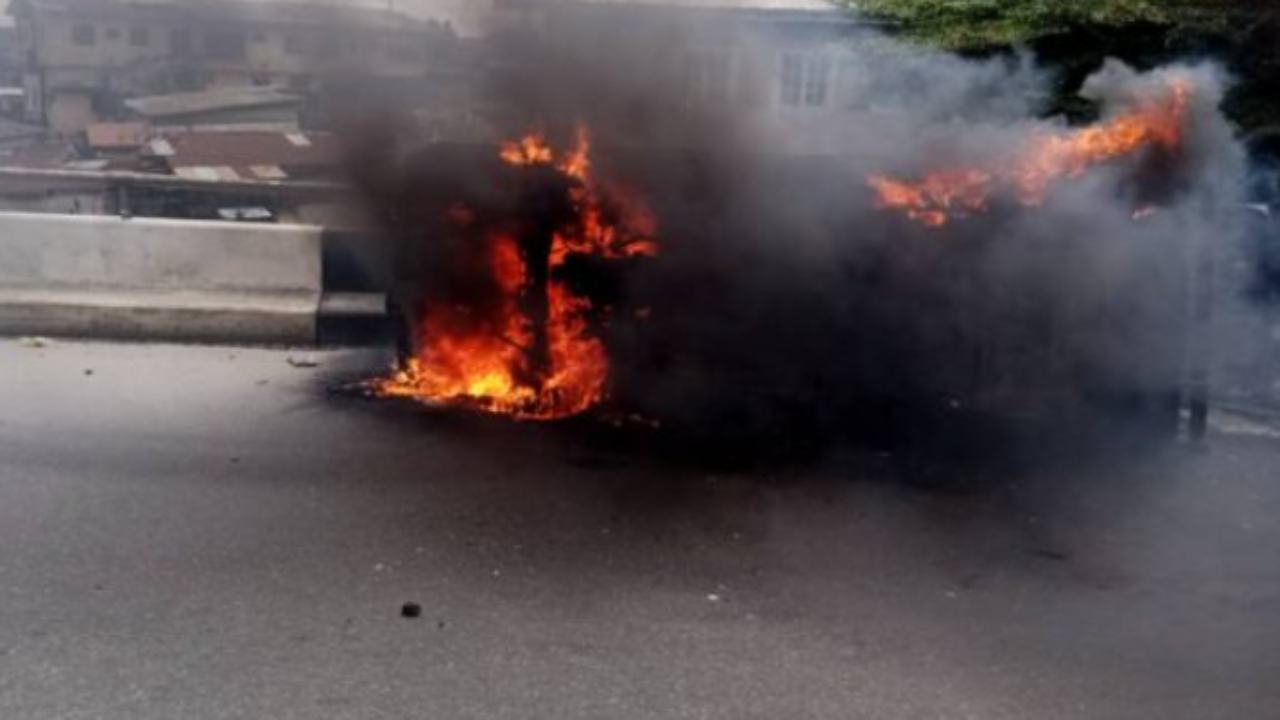 Seven persons were burnt to death in an auto crash which occurred at Iyana-Oworo inward third mainland bridge in Lagos on Sunday, after a commercial Mazda bus with registration number KJA 699 GY went up in flames.

Permanent Secretary, Lagos State Emergency Management Agency (LASEMA), Dr Olufemi Damilola Oke-Osanyintolu, confirming the incident attributed it to recklessness and overspeeding by the driver which resulted in the fire with 12 passengers trapped.

He said the driver escaped with some burns, three female adults were rescued and rushed to Gbagada General Hospital while a male adult was attended to by LASAMBUS at the scene.

“Unfortunately 7 victims were burnt to death (4 female, 2 male adults and 1 male child ) in the bus.

“All the remains have been bagged by the Agency’s LRT Paramedics, LASAMBUS official and handed over to SEHMU” he said.

Osanyintolu added that arrangements have been made by LASTMA official at the scene for removal of the burnt vehicle from the road.

He said the operation is concluded, while the road is now partially opened for vehicular activities.